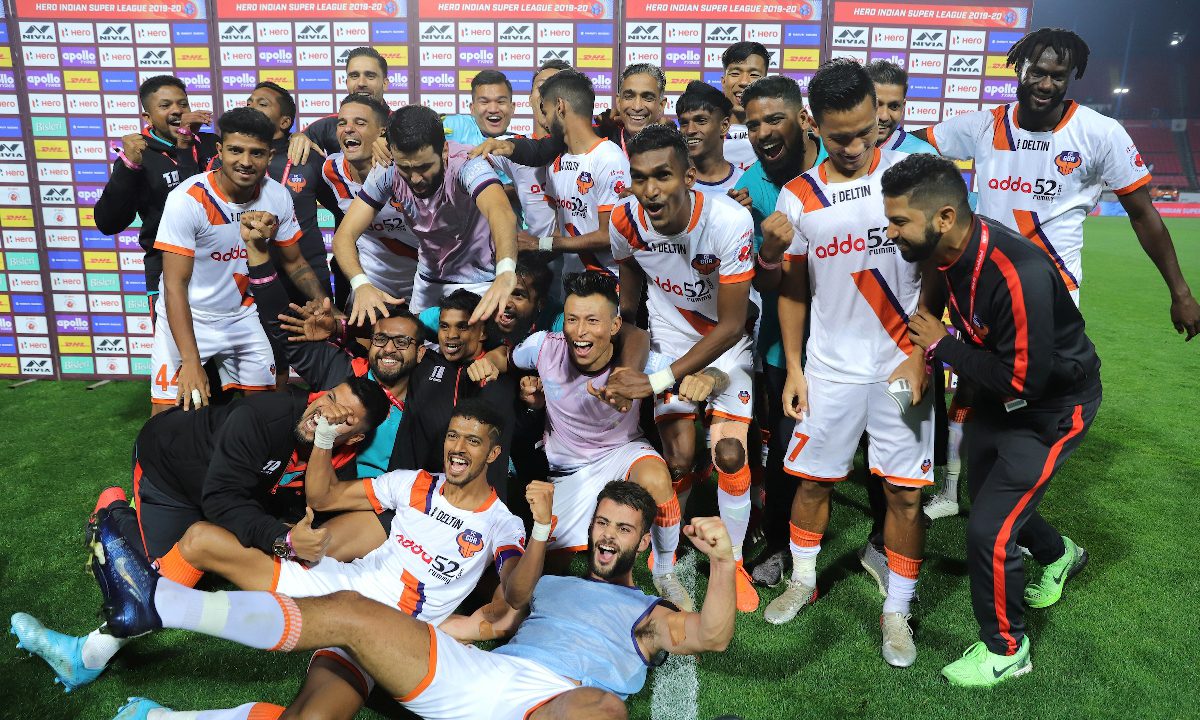 History beckoned FC Goa as they took on Jamshedpur FC in their final league game on Wednesday. In the previous week, Chennaiyin FC’s 3-1 win over ATK, who were the other contenders for the top spot put Goa in the front seat of the contention. Needing just a point to secure the top of the table spot, FC Goa did not falter.

Leading into the all-important game, the numbers did not favour the Gaurs. In the three games in which they have faced Jamshedpur, there have faced two losses and played out a draw. One of the defeats came this season, where the Red Miners were the only team to defeat Goa at home this season.

Coming into this game, Goa had scored a massive 41 goals in 17 matches. They added five more to their tally as they overcame Jamshedpur 5-0, and set the furnace on fire. The first goal was scored from the boot of Coro, with Boumous providing the assist. The corner for Jamshedpur didn’t find the intended target and found Boumous, as he raced off on the counter to provide a wonderful assist to Coro, who overpowered the goalkeeper one-on-one to head the goal home (11’). Then Boumous joined the party in the second half, scoring twice (70’ and 90’) and providing yet another assist for Jackichand Singh (84’). A header from Mourtada Fall (87’) also got his name on the score sheet.

A league tally of 11 goals and 10 assists for Hugo Boumous, with him, directly being involved in a goal in every hour of the game he has played in. The overall total for the team at 46 goals from 18 matches is the highest number goals scored by a team in a single ISL season. These two key stats define just how prolific this season has been for the Gaurs.

The three points take FC Goa’s tally to 39 points, securing their place at the top of the table. They will now go on to represent India at Asia’s first-tier (club competition), the AFC Champions League (ACL), making them the first-ever team to represent the country in the ACL group stages. Although in its previous form as the Asian Club Championships other clubs like Mohun Bagan and Salgaocar have also made it to the Group stage, in its current format (since 2002) as the AFC Champions League, the Gaurs are the first Indian club that will go on to play at the group stages at the continental level.

Earlier on Wednesday, Football Sports Development Limited (FSDL) announced that the winners of the League stage will be presented with the ‘League Winners Shield’ along with the cash price of 50 lakh rupees. Goa will now be adding this new piece of silverware to their trophy cabinet. The shield will be presented to them during the home leg of the playoff fixture.

Several questions were raised when Sergio Lobera was sacked despite Goa being in the pole position. Since then the duo of Derrick Pereira and Clifford Miranda have taken charge and seen through the handful of games that were left. In the post-match conference, Miranda thanked Lobera and credited everyone associated with the club for this achievement. “Credit to the club, the management, the technical staff; past and present, Sergio Lobera, Derrick Pereira. We can’t forget the players and the fans, who have been supporting the club unconditionally. The club deserves this and so does everybody associated with the club”.

He added that despite some individual brilliance, it has been the teamwork that has got them this far. “We have got some good individual players but it is a team effort. We have a very good team, a team that has been there for quite a long time. Yes, Individual players do make a difference. We have Ferran Corominas, Hugo Boumous who make a difference but at the end, we are a team that plays together. What has taken us this far is a team effort.”

Years of consistency and hard work, whether at the grassroots or at the senior level have borne fruit for Goa. They are one of the very few clubs in the ISL who have regularly identified and backed the local talent and have reaped the benefits, add to that some smart foreign signings which have made the team unbeatable year after year. It is fitting then that they get the opportunity to represent the country in the biggest stage in Asia.