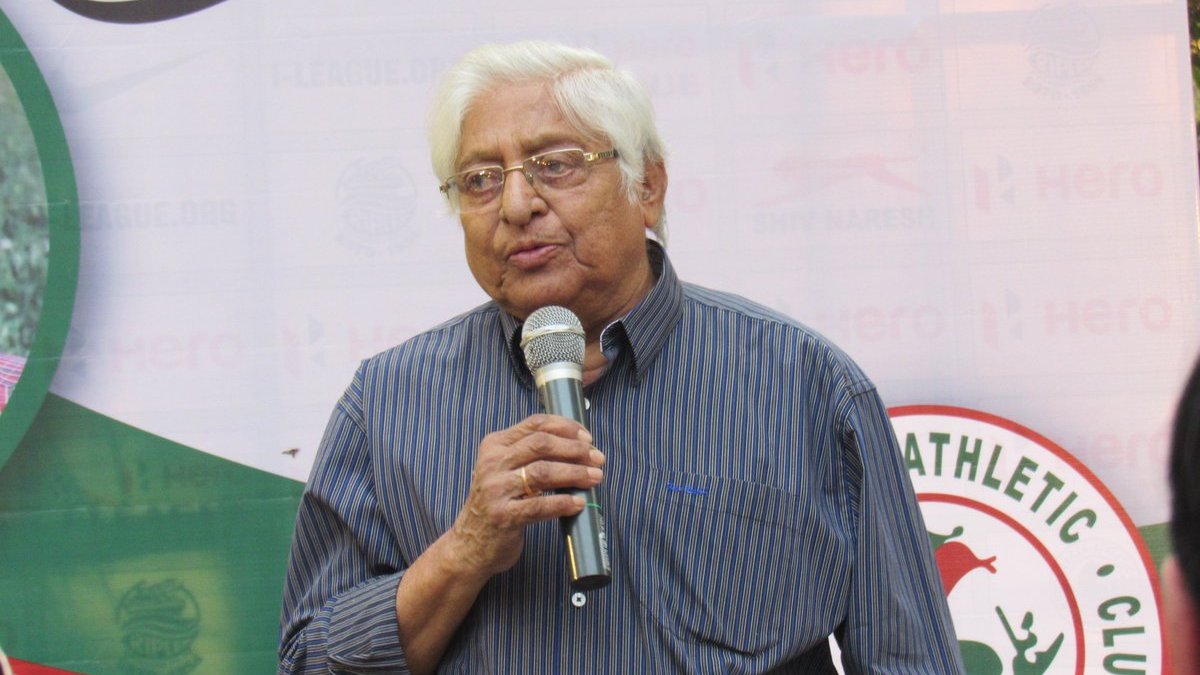 Legendary footballer Subimal ‘Chuni’ Goswami passed away on Thursday (30 April) in Kolkata. He was ailing from a prolonged illness, with several underlying ailments of diabetes, prostate and nerve problems.

The former Indian football captain was 82 and is survived by his wife and son. His family told PTI, that he suffered from a cardiac arrest and breathed his last in the hospital.

Born in 1938, he joined the Mohun Bagan Junior team in 1946, aged just 8 years. He went on to continue playing for the team in his senior career as well, earning a very rare distinction of being a one-club man. With Mohun Bagan, he won the Durand Cup for three consecutive years from 1963-65, all three times as the captain. In his book, Novy Kapadia mentions that Goswami was such a regular at the Durand Cup final that the President, Dr.Sarvepalli Radhakrishnan remarked, “So I see Chuni again. You seem to have become a permanent feature of the final.”

In his whole career at Mohun Bagan, he was a part of ten Calcutta League-winning teams, six Durand Cup triumphs and has netted 200 goals. His loyalty to the Green and Maroon so strong, that he refused an offer for a trial with English club Tottenham Hotspur. For his achievements over a 14-year long club career, he was awarded the Mohun Bagan Ratna in 2005.

Chuni made his India debut in 1958 and went on the play in 50 international matches (36 official), scoring 13 goals, the numbers are unlikely to do justice to the player that he was. His illustrated career spanned for eight years until 1964 and included some of the biggest wins till date in Indian football. He was a part of the team that participated in the 1960 Rome Olympics under Syed Abdul Rahim. He captained the side that went on to win the gold medal in the 1962 Asian Games and the Silver medal in the 1964 Asia Cup. Both of which still remains India’s best performances in Asia.

He was a part of the famed forward line ‘troika’ during the Golden Era of Indian football along with PK Banerjee and Tulsidas Balaram, a partnership that was almost telepathic. This was an era when the powerful performances by the team, gave them the moniker of the ‘Brazil of Asia’.

An all-round sports person, the forward not only played football but also excelled in playing cricket as well. After calling curtains on his footballing career in 1964 he focused his energy on playing cricket for Bengal.

On the personal front, in 1962 after the Asian conquests, he won the Best Striker in Asia award, and later in 1963 and 1983 respectively, he was awarded the Arjuna Award and the Padma Shri award by the Indian government for his contributions in the sporting field.

It is said that his incredible speed with the ball and astute passing skills made him quite popular amongst the fans. He played both as an inside-left and inside-right and was very difficult to mark by rival defenders. He was, after all the first stars of Indian football. His former teammate and another legendary player Jarnail Singh once described him as an ‘artist’ with the ball. Goswami’s sense of positioning and quick body feints are a part of Indian football folklore.

Considered to be an extremely graceful player, according to former Indian international, Subhas Bhowmick, he is ‘God’s gift to football’. He even likened his dribbling ability on par with the Brazilian greats Ronaldinho and Robinho.

Chuni Goswami will live through in the glorious pages of Indian football, as one of the greatest ever players to have graced the field. Along with PK Banerjee, he is among the few such players that one wishes they could have seen them play live.