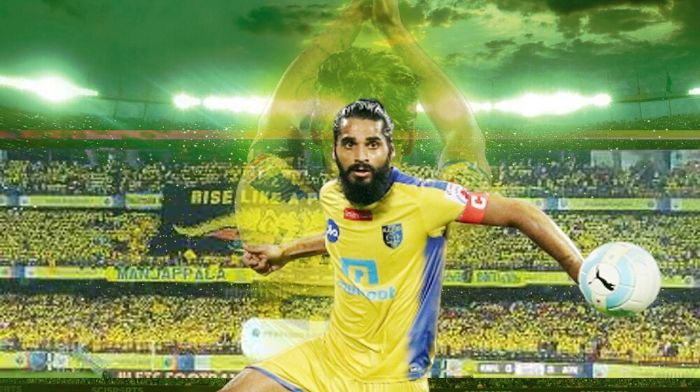 In a massive gesture, ISL side Kerala Blasters have permanently retired the No.21 jersey as a tribute to Sandesh Jhingan’s contributions to the club.

On Tuesday there were reports suggesting Jhingan had decided to part ways with the club, evoking sadness amongst the fans as they had to say good bye to their Captain. Rumours have been flying thick and fast regarding the possible reason behind such a move.

Yesterday, the owner of Kerala Blasters, Nikhil Bhardwaj, put some of those rumours to rest, and said, “We would like to take this opportunity to thank Sandesh for his commitment, loyalty, and passion for the club and its supporters. KBFC respects Sandesh’s desire to pursue a new challenge and we wish him all the best for this new journey. We know that he will always remain a Blaster at heart. As a tribute to his contributions to the club, we will be permanently retiring his jersey number 21.”

This cleared the air regarding a mutual parting of ways between the defender and the club. In return, Sandesh Jhingan too clarified that no love is lost between then and said, “It was great to be a part of Kerala Blasters right from Day one. We’ve built some great memories together as we helped each other grow but have finally decided to part ways. I wish all the good luck to the club going forward. A special mention to the people of Kerala who have always stood behind the club no matter what, I want to thank you from the bottom of my heart for all the love you have shown myself and KBFC. I am sure you will continue to support the club in the future as well. Both the club and the fans will always hold a special place in my heart. Thank you!”.

Having played for the Kerala club ever since ISL’s inception, he has always been quite vocal about the love he has for the fans as well as the club. The fans too have showered him with equal if not more love. Retiring the No.21 jersey is a gesture on the part of the club to honour the six-year long journey that the 26-year-old has had in the Kerala. A journey that has made him the best defender in India.

At this point where exactly Jhingan is headed to next is not too clear, except a few whispers about a potential move abroad.

3 thoughts on “Kerala Blasters retire No.21 jersey as Sandesh Jhingan leaves the club”