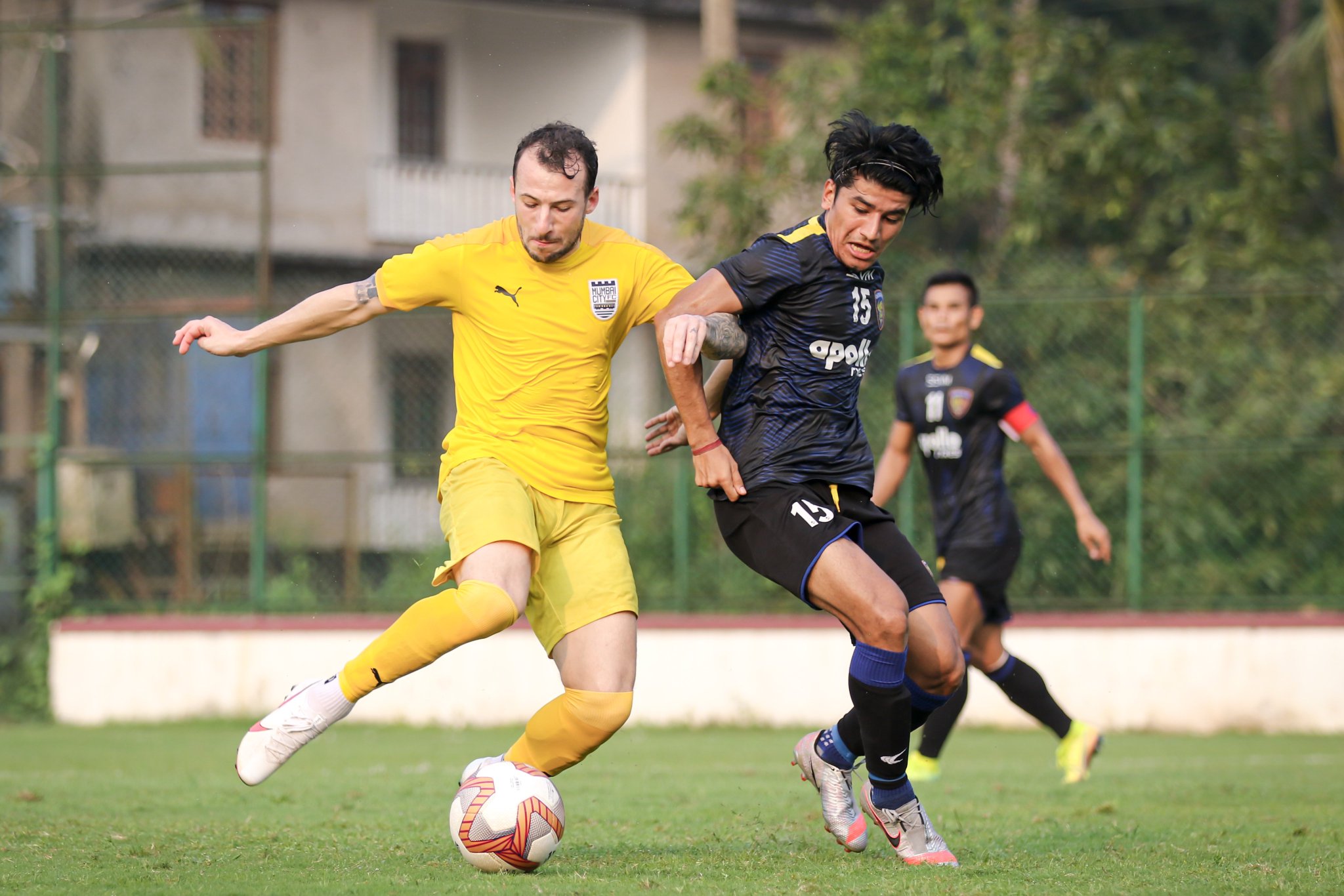 Indian Super League clubs have already started their practice sessions ahead of the new season. Due to global pandemic, clubs have stayed in Goa and are playing pre-season games between them. Football will also be the first major sport to hit the ground running in India after COVID-19 restrictions.

While, the most anticipated team of this season Mumbai City FC player their first pre-season game against two-time champions Chennaiyin FC. Mumbai City FC is currently being managed by former FC Goa head coach Sergio Lobera. City Football Group’s partnership has made a huge impact for sure in the transfer window without doubt.

The Islanders spent a good amount of cash this window to lure some top stars to their club. Mumbai City FC’s attack is really in good shape with experience of Ogbeche and Adam Le Fondre. With Hugo playing the number 10 role for the Islanders, one can only imagine domination from Mumbai’s attacking front.

The club is also having good number of Indian players in their ranks, which is really a key. They can only improve under the coaching of Spaniard Lobera. They played their first friendly game yesterday against Chennaiyin FC ahead of the 2020-21 season.

Sergio Lobera fielded a strong line-up with four foreigners in their side against Chennaiyin FC. While, Chennaiyin FC played with an all-indian line-up under their new boss Csaba Laszlo. The club from Chennai have their Brazilians Eli Sabia and Memo already in training, but didn’t feature yesterday.

While, rest of the foriegn players are still in their quarantine for Chennaiyin and yet to start training with their squad. Chennaiyin FC fielded a strong Indian eleven with key their regulars. Two-time champions’ key strength has been their indian contingents every season.

On the other hand, Mumbai City FC played with their attacking duo Bartholomew Ogbeche and Adam Le Fondre in the first-half. The English forward opened his account scoring in the 21st minute to put his side in the lead. They also had Indian stars Raynier Fernandes, Rowlin Borges and Mohammad Rakip in their starting eleven.

This pre-season win for Islanders will be a big boost f the entire squad to push forward. This new look Mumbai City FC will for sure be one tough club to be defeated this season.