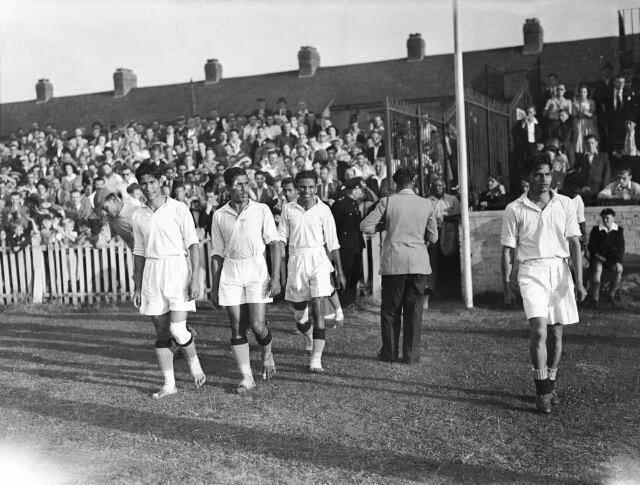 The 1940 Durand Cup final was won by Mohammedan Sporting who beat English team Royal Warwickshire Regiment 2-1. It also proved to be a massive boost of support to the Muslim national movement.

It is basically the Indian counterpart of the FA Cup in England, but its winners do not qualify for the AFC tournaments. Currently, it does not occur every year. The latest (129th) edition was won by Gokulam Kerala FC, which plays in the I-League first division. The previous edition was played in 2016, in which 12 teams participated.

Founded in 1893, it is one of the oldest football tournaments in the country. Initially dominated by the British Army teams, the domination was broken in the final of 1911 (29th July), when Mohun Bagan won 2-1 against East Yorkshire Regiment. They became the first Indian team to lift the IFA Shield.

This was not just a victory of a football match, but Bagan’s win had shown hope that the British were not superior. It was also seen as a symbol of hope for the ongoing Independence Movement.

Currently, it is an U-19 tournament (since 2015). Many renowed clubs have been a part of this tournament like Bayern Munich II (reserve team), Penarol (South America) and Shakhtar Donestk (Ukraine)

MOHUN BAGAN HAVE WON A MASSIVE 253 TROPHIES TILL DATE

Founded in 1996 as NFL (National Football League), renamed to I-League in 2007. It was the top flight national league before the emergence of ISL (Indian Super League) in 2013. Still played by 11 teams in the first division, it has the concept of promotion and relegation unlike ISL. Two teams, Mohun Bagan and East Bengal joined ISL from I-league in 2020.

The champions of I-League are granted a place in AFC Cup group stage.

Established in 2013, it began officially in October 2014 with 8 teams and Atletico de Kolkata (ATK, now ATK-MB) winning the title. For the 2020-21 season, a total of 11 teams will be playing the league, following the addition of two teams from I-League (Mohun Bagan and East Bengal). There is no criteria of promotion and relegation like I-League. But, it is the top flight Indian league since 2019-20 season.

ISL WINNER SHIELD (given to 1st placed team in the league) was introduced from 2019-20 season, hence it has been won once by FC Goa.

Founded in 1977, and continued as Hero Super Cup since 2018. It is the Indian counterpart of the League Cup. Its winners directly gain entry into the AFC Cup.

QUALIFICATION – Total of 16 teams participate from both, ISL and I-League. Top 6 from each league gain direct qualification into the tournament. The bottom 4 teams of each league have to undergo a qualification preliminary round, to complete the 16 team criteria.