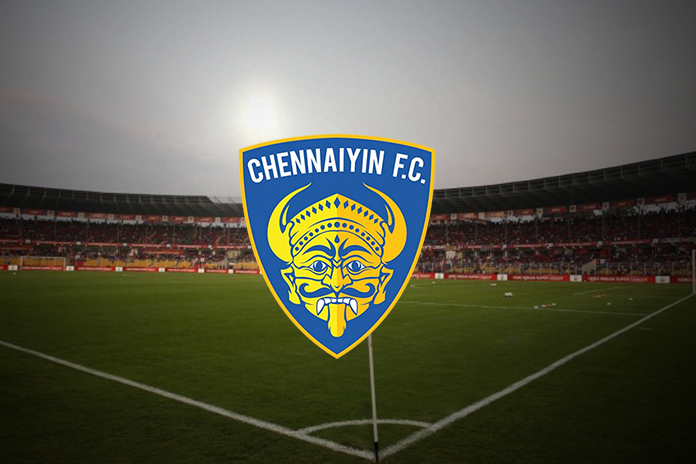 Two-time title winners Chennaiyin FC is all set to kick-off their new season in Goa. The club from Chennai has managed to retain their core from last season. Chennaiyin FC went till the final stage to face Kolkata giants ATK in Goa. The game was still played behind the closed doors due to the outbreak of COVID-19. Antonio Habas side won the contest comfortably with final scoreline 3-1 in favor of Kolkata side.

Chennaiyin hada rollercoaster of a season last term with two different managers. The Marina Machans entered the season with their title winning coach John Gregory once again. But, the combinations weren’t working well for the English head coach. Defeat after defeat made Chennai fans more saddened before the game against Hyderabad FC. The game which changed Chennaiyin fortunes last season.

Maltese midfielder Andre Schembri scored a late goal in the injury time to put his side in the lead at Marina Arena. On the other end, Kilgallon climbed up to thump in a corner to equalise the scoreline. When fans thought it’s another draw. Lithuanian striker Valskis scored a stunner in the last minute to make it 2-1 for the hosts. Entire Marina Arena erupted after an thrilling finish to the game.

That’s when Chennaiyin FC started to claim their arrival in ISL season 2019-20. Chennaiyin’s foreign signings stepped up for the Marina Machans in fashion. Valskis and Rafael Crivellaro combination made headlines, which steered Chennaiyin to top four in the table. However, Chennaiyin FC wern’t able to claim the title under Owen Coyle. The ISL outfit have now gone for a new manager from Hungary and fans are hoping for a magic from the Hungarian.

The veteran shot-stopper Karanjit Singh will yet again keep the goal for Chennaiyin FC. However, Vishal Kaith will be the number -1 for Chennaiyin FC this season. Former Shillong Lajong goalie managed to keep four clean sheets in his 17 appearances for the Chennai-based club. The experience of Karanjit Singh will be an added advantage to the side.

Indian Arrows shot-stopper Samik Mitra joins back with Chennaiyin FC after a season with Arrows in I-League. The youngster made eight starts for the Indian Arrows last season. He’ll also be the third choice goalie in the Chennaiyin squad. While, Chennaiyin have also promoted their academy star Revanth BY, who has already trained with the first-team during AFC Cup tournament.

The club decided to extend the contract of Brazilian centre-back Eli Sabia for another year. He is also expected to lead the side this term. While, Lucian Goian is now replaced with towering defender Enes Sipovic. Enes will also be the first player from Bosnia Herzegovina to play in Indian Super League. Both of them will don the heart of Chennaiyin defense.

Chennaiyin FC had good wing-backs in the past seasons with Laldinliana and Tondonba Singh. Both players have now left the club, which has made way for Reagan singh and Fanai. However, Jerry Lalrinzuala will hold the left side of the field with Reagan on the right. Deepak Tangi is versatile, who can play as centre-back and as a pivotal midfielder. Deepak also started the pre-season game against Mumbai City FC in the centre-back position.

The club has also retained Rafael Crivellaro from last season, who provided the most assists for Chennaiyin. Anirudh Thapa and Edwin is expected to play the defensive midfield role in the centre of the park. While, Brazilian midfielder Memo also joins the squad from Jamshedpur. The Brazilian’s work-rate has been underrated in the past few seasons.

Memo’s arrival will add much-needed dynamic presence in their midfield. Germanpreet Singh has also been brilliant for the Marina Machans last season. The club will also have the presence of some serious pace with Thoi Singh and Chhangte.

Chhangte had a memorable season as well finding the net regularly for the Supermachans. Tajikistan winger Fatkhulloev will also be a keen member in this set-up. He’ll bring loads of experience to the table this season.

Chennaiyin FC had the golden boot winner last season in their side. Lithuanian Valskis scored the most number of goals last season. However, Jamshedpur managed to secure his services for the new season. Although, Chennaiyin have now landed Portuguese forward Esmael Goncalves for an whooping fee. The striker will be expected to replicate Valskis magic from last season.

The club has also signed Slovakian forward Jakub Sylvestr, who has also the knack of scoring goals. While, Indian forwards Aman Chetri and Rahim Ali will also don the Chennaiyin jersey this season.

The 22-year-old contributed five assists in his 17 games last season. The midfielder linked-up well with the Chennaiyin forwards. Rafael and Anirudh also had a good connection, which paved way for Rafael to attack. Thapa has also adapted himself to drop back to play the pivotal role as well.

Brazilian playmaker will once again don the Chennaiyin colors this season. The attacker was rumoured to sign in-favor of SC East Bengal and number of other ISL clubs. However, the management did enough to convince Rafa to play for the Supermachans one more year. He had a good partnership with Nerijus Valskis last term in front of goal.

Crivellaro had seven goals and eight assists to his name last season under Owen Coyle. The eight assists included two assists in the play-offs as well. He was crucial part of Chennaiyin side to reach the finals and same will be expected from him this season.

Chennaiyin FC Fixtures (Till Round-10)

The two-time champions will have a tough competition this season. The league also has a new team from I-League SC East Bengal. And the number of matches has also increased in short span of time. This might be an tough ask for the Chennaiyin FC to cope up with this new format. Although, Csaba Laszlo will be keen to hit the ground running this season. However, longer league with quicker games might be an problem for Chennaiyin.