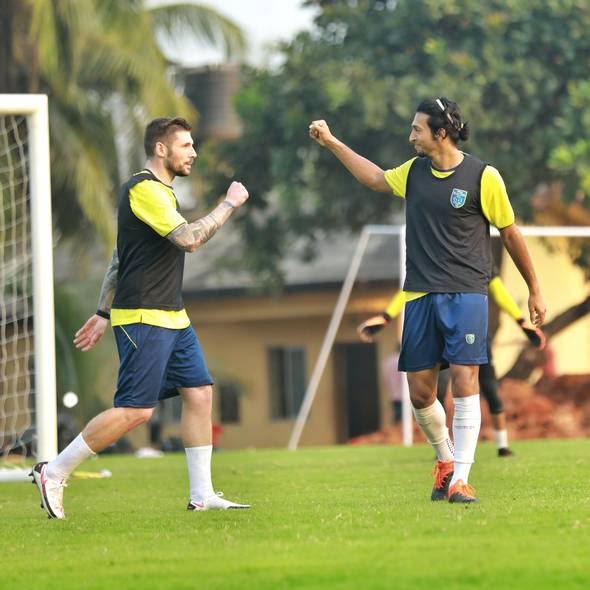 Hero Indian Super League is all set to kick-off tomorrow in Goa amidst COVID-19 restrictions. Both FSDL and AIFF has done enough to run the league this season in this global pandemic situation. It’ll also be the first major sporting event to take place in India post-lockdown. Kerala Blasters FC will host ATK Mohun Bagan FC in the season opener on Friday.

This will also mark the entry of new entity ATK Mohun Bagan FC in Indian Super League. Last time Kerala Blasters played their first game against ATK FC (erstwhile), in which Blasters came out victorious. All the players, coaches and backroom staffs will undergo necessary tests and precautions before getting in to action.

All clubs have been practising harder in the limited time in the bio-bubble amidst the pandemic. The clubs also didn’t travel abroad for Pre-season friendlies and tested themselves before the mega event.

The match will be televised across Star Sports network and can also be streamed online via Disney + Hotstar and Jio TV in India.

The experienced English forward will have huge pressure on his shoulders on his debut for Blasters. The 32-year-old forward has the experience of playing in big games and for sure will be a great addition to this side. However, Kibu Vicuna is not completely dependent on the English forward for goals. He will require a solid support from his wingers and especially Facundo Pereyra.

Rahul KP and Sahal Abdul Samad can produce excellent runs with their pace and dribbling. This might just help Gary Hooper to calmly wait for the ball inside box to slot it home. Although, ATK Mohun Bagan‘s defense plays a high line with three defenders. It’ll be a good contest to watch with how Hooper performs on Friday.

Fijian striker Roy Krishna will be a key player for ATK Mohun Bagan FC against Kerala Blasters on season opener. Former Wellington Pheonix striker had a wonderful season last term in India with 15 goals. He was also the joint top scorer in the league alongside Bartholomew Ogbeche and Nerijus Valskis. The Fijian will be keen to own the Golden boot this time around with ATK Mohun Bagan FC.

The duo of David Williams and Roy Krishna was a success in Indian Super League following their dominance in A-League. The pair had a good connect among them during their stint with Wellington Pheonix. David Williams should also produce good display from the wings for Krishna.

Both teams will be keen to hit the ground running on their first game to carry forward the momentum. New entity ATK Mohun Bagan is expected win this tie although, Kerala Blasters are evenly strong on paper. While, when it comes down to experience, Blasters are lagging behind with some young talents. Habas’ side has managed to retain the core from previous season and is well set to dominate on their new journey.