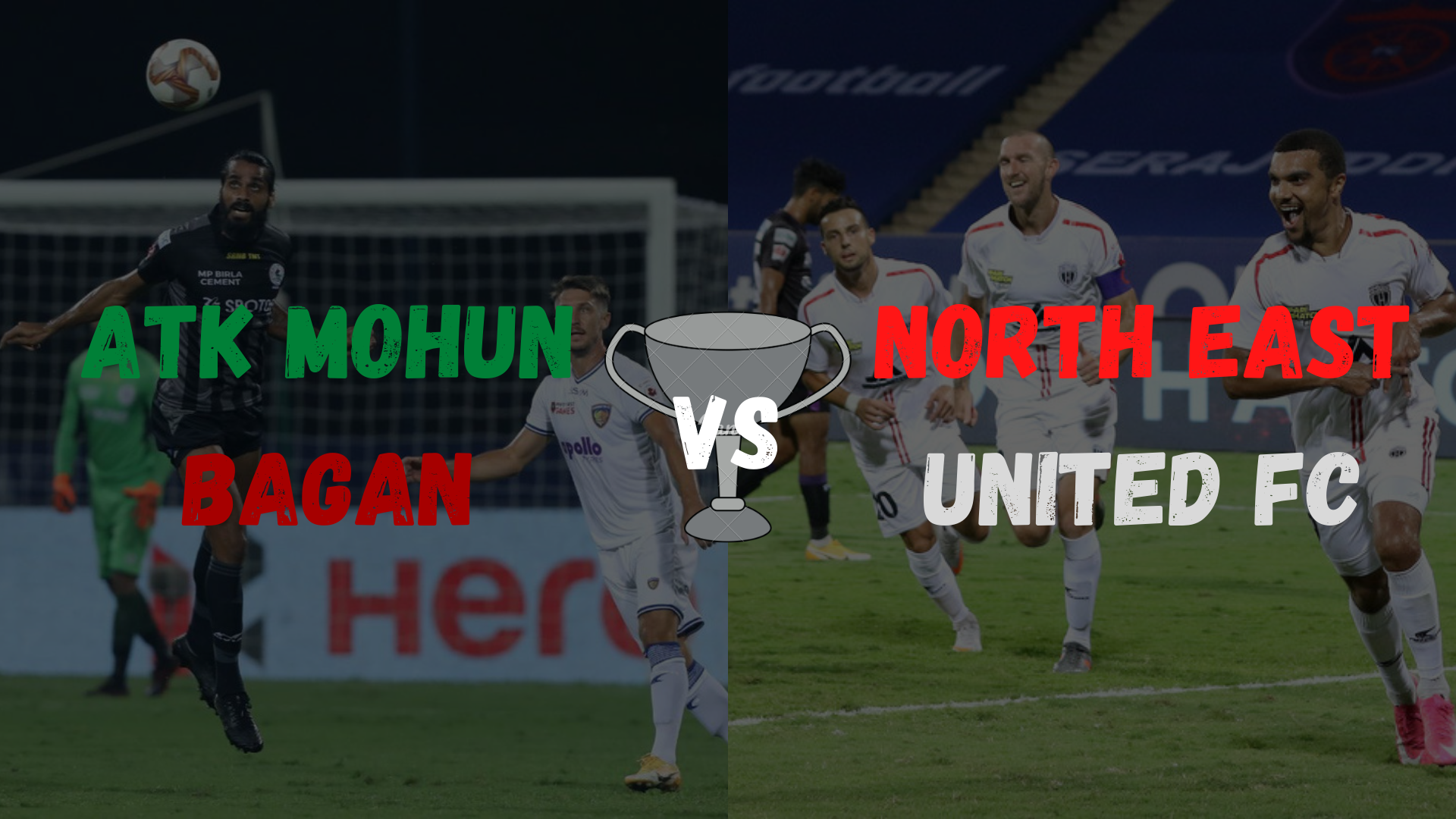 It’s the first match of matchday ten, when ATK Mohun Bagan host the underdogs, NEUFC for an exciting match at Fatorda. It’s a chance for ATK Mohun Bagan to reclaim the top spot (if Mumbai City FC win or draw against Kerala Blasters). While, NEUFC will be looking to upset them, as they look for their third win of the season.

Habas has been playing with a back four since his loss to Jamshedpur FC. McHugh takes place initially in the starting line-up, as he is a typical box-to-box midfielder. Krishna has been starting as the lone wolf upfront. He has support from Williams and Manvir, who press up high the pitch in order to choke their opposition. Habas’s philosophy is more of a counter attack. But has been playing possession based football since a couple of matches now.

In the absence of Javi Hernandez, Edu Garcia has been filling his boots on the field perfectly. Either Pronay or Jayesh could start alongside Edu in the midfield, among which both are capable of pressing up high with the team. Can we see the same intensity of football from them or will Gerard Nus get the better of his team?

Nus has drew maximum of his matches, winning just two and loosing one in eight matches. Though they have a consistent back four who start regularly each game, it’s still an easy task for their oppositions to strike goals against them.

NEUFC would like to go with their best players on the pitch, looking for a top four spot. Camara has been impressive this season playing from a holding midfield position. Apuia and Machado have been successful in carrying out their roles to help the attack. Appiah and Sylla, either could start, alongside Ninthoi and Suhair on the flanks. It will be a hard task for them to penetrate the defense of ATK Mohun Bagan, as they have kept the maximum clean sheets.

McHugh – He has an essential asset to his team from the start of the season. It will be an interesting duel to watch out between him and the attack of NEUFC led by Appiah.

Manvir – The young lad has been playing consistently in Habas’s squad. He has been impressive in the games. Can he get some goals against the Highlanders?

Krishna – The goalscoring machine for ATK MB has been quite from a couple of games now. It’s a good opportunity for him to start fiding his scoring boots again.

Arindam – This man has been so important for his team, to pick up results. He has provided his services with great saves.

Lambot – The six foot two inch tall defender has been critical to NEUFC. It will be an exciting duel between him and Krishna.

Appiah – He isn’t afraid to score goals and show his skills. The team will rely heavily on him to score against the heavy-weights.