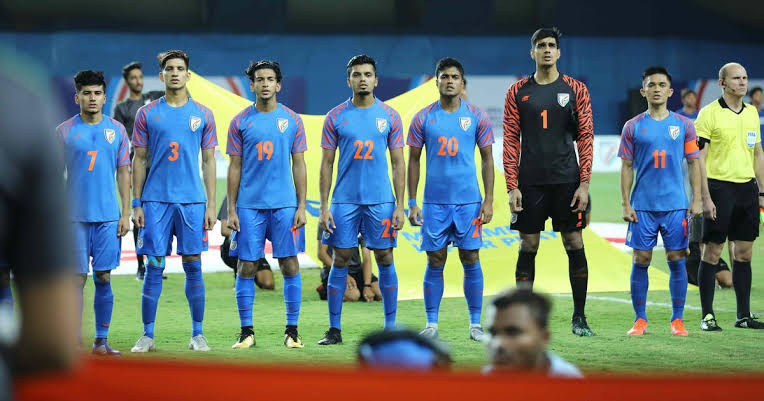 Without captain and legend Sunil Chhetri, India not just recovered from the heart-breaking 1-2 last-minute loss against Oman but proved they had enough firepower to thwart Qatar, who have defeated every Asian opponent they faced in 2019.

Qatar scored six goals against Afghanistan in their previous clash at the same venue, including four in the opening half. They approached the India battle with a similar goal, crowding the opponent’s area and bombarding goalkeeper Gurpreet Singh Sandhu.

The captain, though, stood firm, either catching almost everything thrown at him or punching it away. Qatar were so dominant that they had three corners in the first 12 minutes and nine before the first half whistle.

Despite the 70 percent of ball possession, the hosts – guaranteed of a place at the World Cup 2022 as hosts — had nothing to show for their efforts. There were several close shaves; Abdul Aziz Hatem curling one just away from the crossbar, Gurpreet diving to keep away a fierce drive from Hassan Al-Haydos, Almoez Al getting a heavy touch inside the danger zone and then sending one wide from handshaking distance.

India simply defended like their life depended on it. Sandesh Jhingan and Adil Khan formed a strong defensive pairing at the centre, and kept a tight leash on the Qatar attackers. Whenever the defence was spread out wide, Mandar Rao Desai and Rahul Bheke rose to the occasion with even Anirudh Thapa, Abdul Sahal and Rowllin Borges all contributing to the defensive solidity.
It was not until the second half that India had their first corner kick and their first chance. Udanta Singh, creating some panic on the right with his pace, won the first corner of the game in the 67th minute and the resultant attempt saw Sahal send his attempt a whisker away from goal. Udanta also went wide late in the game when he tried to curl past the outstretched goalkeeper.

Quite surprisingly, India were more open in their approach after the change of ends and almost played into Qatar’s hands. There were gaps at the back and some nervy moments, but somehow just about nobody was able to beat Gurpreet under the India bar.

He got beaten just once when he dived to keep away a low effort in the 85th minute but the rebound from Ismaeel struck the crossbar and bounced back into play.

India were lucky to troop out without conceding a goal, but nobody would grudge them of a point. Certainly not after Gurpreet made 11 saves.