Chennai hunt for their third title, Goa for their first-ever as teams brace for the semi-final 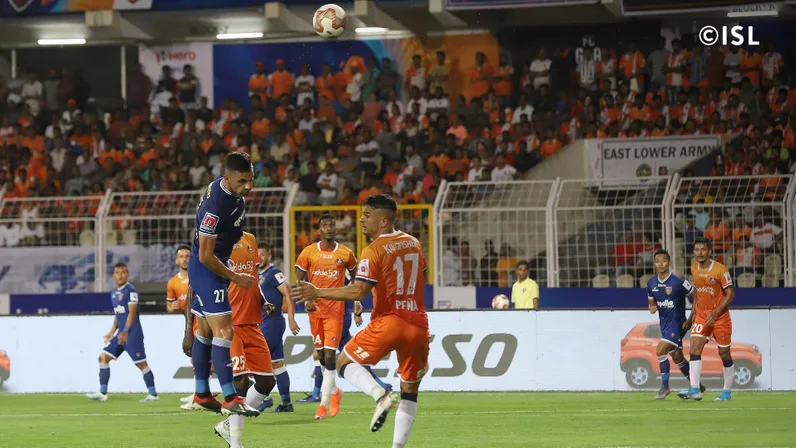 The parallels to their 2015 season have been drawn far too many times for Chennaiyin FC this season, and they face the same team that they defeated in the final five years ago. FC Goa whose hands slipped from the trophy that night are still in search of that elusive piece of silverware.

Although they had done it in the past, very few would have anticipated Chennaiyin making it to the playoffs this season, and especially in the manner in which they did. But that’s the thing about sport, it’s not for the faint-hearted and that is exactly what Chennai’s season has been. Under John Gregory, they had a coach who had given it his all, and for the lack of a better word, appeared exhausted.

Then in came Owen Coyle, the numbers were never on his side, supporters of teams he was formerly managing did not seem particularly fond of the man, after he was signed by Chennaiyin, there was one Twitter conversation, if memory serves that even said: “he will find a way to send the team into relegation.” We might never know what may have been the reason for his appointment, what could have made those in charge hand him the ropes despite everything suggesting otherwise. Was it a calculated risk or trust in the man more than the numbers he brought to the table? But. What a treat it has been.

Their train has not lost steam ever since his arrival and they are sitting pretty with an 8-match unbeaten streak. Some of their score lines have read: 6-3, 3-1,4-1, 3-4, 2-0, and no one has been spared. Rafael Crivallero, Nerijus Valskis and Andre Schmerbi have been prolific in the goals upfront, backed up by the trio of Lallianzuala Chhangte, Anirudh Thapa and Edwin Vanspaul who have not let the opposition have their way. The new brain heading the team has rejuvenated this team completely and turned them around, they have found their spark, and they seem to be creating magic on the field.

In hindsight, on March 14, if Chennaiyin goes on to lift the trophy, the management, the players and the fans might see just how perfectly the stars seemed to line up for them. But for now, there is a job to be done, and they face a team that is probably equally hungry, if not more to get their hands on the trophy.

Their counterparts FC Goa, on the other hand, have been the same they have always been, complete workhorses churning out results after results week after week with ease. Even the blip of the manager getting sacked with around three more games left to the league stages has not stopped them.

In fact, except for Clifford Miranda and Derrick Pereira in the dugout instead of Lobera, there doesn’t seem to be a marked difference in the playing style or philosophy from the outside. Their consistency this season, and over the years has been duly rewarded with the newest piece of silverware, the League Shield, but more importantly the AFC Champions League slot directly into the group stages which made them the first team to get the direct entry into the biggest stage in Asia.

But, as most people would agree, that one piece of silverware has been lacking, and they have nobody to blame but themselves, year after year of fantastic performances at the league stage, and come to the knockouts they seem to falter. In the six short years of the club’s existence they have made it to the semi-finals five times, and the finals two times. They have lost two finals, once to Chennai and another time to Bengaluru.

They will be itching to set things right and get their hands on the ISL trophy finally and make it a double of topping the league and ending up as winners as well. In Ferran Corominas, Hugo Boumous, Ahmed Jahouh, Mourtada Fall and Carlos Pena, they have men they trust to produce the results. But the X-factor for Goa has always been their Indian contingent, Brandon Fernandes, Seriton Fernandes, Lenny Rodrigues and Jackichand Singh have been regulars in this well-oiled unit. Just how well they do will be the key in the semi-final clash against Chennaiyin.

Interim coach Clifford Miranda said, “Chennaiyin are the most difficult team to play against. They are one team we wanted to avoid. They are the most improved team.” He also added that his team will continue to play their natural game, but they will have to be cautious of Chennai.

Both the team will continue to play their attacking brand of football and if their league match was anything to go by, then that this match too will be a goal-fest is a no-brainer, but just how well both the team’s defences will hold up against the continues barrage of attacks will determine if their team will go past the finish line. Both teams will take their first step today to cap off a brilliant season, Chennai eyeing their third ISL trophy, and Goa their first-ever title triumph, we are in for some serious entertainment.

337 thoughts on “Chennai hunt for their third title, Goa for their first-ever as teams brace for the semi-final”