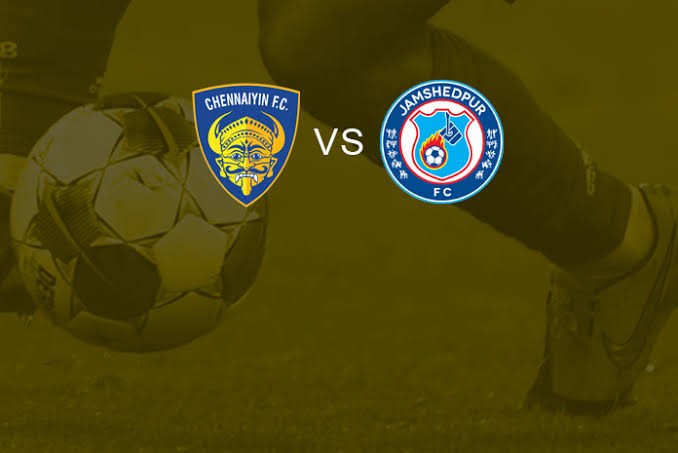 Misfiring Chennaiyin FC continue their fight for top four spot as they face Jamshedpur FC on Wednesday. The two-time champions are struggling in front of goal and the chances of going through to play-offs are getting slim.

While, Jamshedpur FC’s race to top four is still on with Hyderabad, Goa and NorthEast are leading the race well ahead of them. Chennaiyin FC will be looking to win their last four games and wait for rival results to go in their way.

Chennaiyin FC come in to this game from a frustrating draw against Bengaluru FC even after dominating in the final third. The Marina Machans are winless in their last five games and have must win games ahead of them in the final phase.

Meanwhile, Jamshedpur has almost similar scenario to that of Chennaiyin’s. The Red Miners has one win in their last five games and will be hoping to win do a Chennaiyin to make a comeback under Owen Coyle.

Csaba Laszlo’s side are now in a situation to give their best and hope for other results to go their way. Indian international Anirudh Thapa is still isn’t fit enough to play entire 90 minutes and midfielder was seen limping off by the end of first-half last game.

While, Aman Chetri is still out with an injury and not available for selection. Jerry Lalrinzuala will miss the game due to suspension and Chuantea is expected to take his place in the starting eleven.

Owen Coyle’s side need a big win in order to keep their hopes for top finish alive this term. Skipper Peter Hartley scored the only goal for their side last outing against East Bengal, which ended in a defeat.

There are no suspensions and big injury worries for the Scottish manager. Boris Singh might get his start ahead of Narendar against Chennaiyin FC. While, Nerijus Valskis will be the target man for the Red Miners.

The Spanish attacker has added flavor to Chennaiyin’s attack on his debut last fixture against Bengaluru FC. However, the Marina Machans couldn’t find the ball past Gurpreet Singh Sandhu. Lanzorate made his debut for Chennaiyin after signing in favor of the club in January transfer window.

Former FC Goa star created number of chances for Csaba’s side, but poor finish and first touches in front of goal stood out as a worry. Lanza will be ready to deliver once again on Wednesday, while fans are hoping to see how Jakub Sylvestr link-up with the Spaniard instead of Isma.

Last season’s golden boot winner has been star for Jamshedpur FC this season after moving from Chennaiyin FC. The striker will be hoping to score once again against his former side, but this time on a winning note. Owen Coyle has stuck with the Lithuanian and expecting more goods in the final phase of the season.

Valskis has scored 8 goals already in his 16 appearances for the Red Miners. He will now have the services of Farukh Choudhary, who recently joined the club from Mumbai City FC in January transfer window. If they can both link-up well in front and convert the chances, Chennaiyin FC’s defense might struggle to contain both.

Chennaiyin FC have been playing more of defensive football this season under Csaba. However, Lanzarote’s inclusion has just made Chennaiyin’s attack a bit more innovative and can threaten Jamshedpur FC’s defense. While, Jamshedpur needs all three points to continue their chase for top four finish.

The final scoreline might read 1-1, with both sides sharing the spoils on Wednesday night footballing action.