Doungel’s goal salvages a draw for India versus Afghanistan 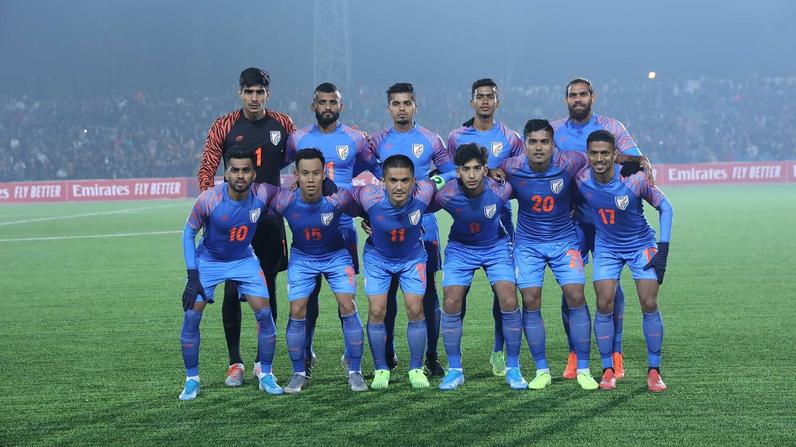 After a loss versus Oman and a draw versus Qatar, the Indian team played out a disappointing draw versus Bangladesh. With just two points from three games, they were required to notch up full three points if they needed to keep some hope alive of making it to the next round.

The first half was played out with less intensity and barely any notable chances being created except for the first few minutes.  Udanta Singh, Sunil Chhetri and Ashique Kuruniyan were kept relatively quiet by Afghanistan. Gurpreet Singh Sandhu was the busier of the two ’keepers, but he managed to hold the fort until the very end of the first half. Just when it looked like both teams would go into halftime without scoring a David Najem pass led to Zalfegar Nazary scoring for Afghanistan. The Afghans looked better posed to score of the two teams, and that’s exactly what they did.

The second half was played with much better intent from India, with Farukh Choudhary and Manvir Singh brought into the attack. Some chances were created by Farukh and Brandon Fernades, which found Sunil Chhetri, but they were saved by the goalkeeper.

Afghanistan also had their share of chances, with Noraollah Amiri coming very close at 66th minute. But neither team managed to convert them. With 93 minutes on the clock, Brandon Fernandes’ corner found his FC Goa teammate Len Doungel which gave India the equalizer. But it was a case of too little too late. What it did was to avoid a loss, but the single point gained wasn’t the push in the direction the Blue Tigers needed. A win would have kept their hopes alive for next round qualification. Although the draw doesn’t rule them out completely, there is only a slight mathematical chance left.

One positive for India is that this was Doungel’s first goal in Indian colours, and hopefully the first of many more. India also remains unbeaten on the road, which is a pretty good feat.

In the post-match conference, regarding the performance coach Igor Stimac said, “I am very happy about how my team performed today especially in the second half. We are in the build-up process. We are building a new team for the future. And we are becoming a team which is very difficult to beat. And we are playing football now. You could see tonight that India is playing very exciting football. We have many new young players coming through. We are opening the door for them.”

He also added.” “It’s difficult to expect great results now. But we are gaining lots of experience and we are going to become a great team in the future. Never before was India coming back from negative situations. Last two games, we came back in the last minute. Now we are the team which never gives up. We are becoming the team with character, with charisma. The team which is pushing up when the result is negative and that’s what makes me proud as a coach,”

India will face Oman on 19th of November in Muscat in their next away fixture. of that, he said, “There is a very difficult game for us against Oman. Oman is even better now than when we faced them in Guwahati. It is going to be very difficult for us. We need to see how quickly we can recover from such a difficult game that we had tonight. But I’m confident. I have enough players. I am not afraid to put out a whole new team against Oman.”