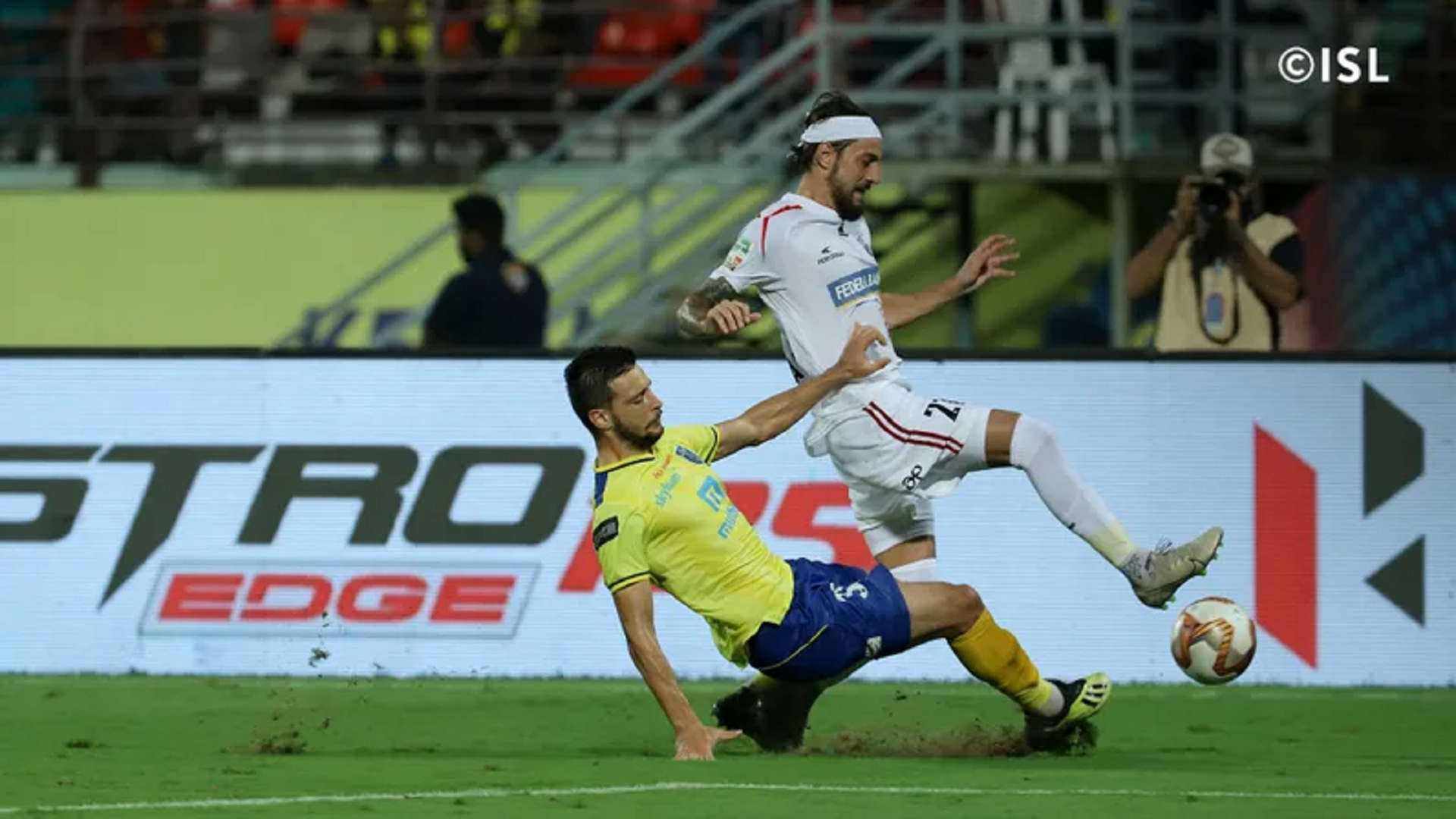 We can confirm that Bengaluru FC, Jamshedpur FC and ATK are in the race to sign Vlatko Drobarov from Kerala Blasters. According to some very reliable sources, these three clubs are currently in talks with the player for the upcoming Indian Super League season.

Earlier there had been rumours that BFC was interested to sign the 27-year-old, but from what we have been told, even ATK-Mohun Bagan and Jamshedpur are in the running. In fact, the latter two are leading the discussion as per our sources, with BFC nearly out of contention.

The Macedonian was signed by Kerala Blasters in November last year, as a replacement for Jairo Rodrigues. He immediately started for the Kerala outfit who were reeling from injuries at that point in the league. His first game for the team was a trial by fire of sorts, as he was substituted in during the Bengaluru FC away game.

In the subsequent matches, he made it to the starting eleven in all the matches except one game owing to a suspension. The centre-back managed to hold the fort, at the back and was quite impressive. It looks like his performances did manage to grab several eyeballs, as three teams are in the running to sign him up.

With a total of 13 appearances, with a supreme passing accuracy of 86%, he has also made 84 clearances with 28 tackles and 10 interceptions. This just shows what a massive presence he has been for Kerala. His only goal came against Hyderabad FC. Vlatko is also versatile and can chip in as a defensive midfielder as well.

Drobarov brings considerable experience under his belt, having played for teams in Mexico, Armenia, Cyprus and Saudi Arabia. He is no stranger to winning titles as well when he was with Teteks when they won the Macedonian Cup in 2013 and has also seen an Armenian Cup triumph with FC Banants Yerevan in 2015-16.

With Tiri set to leave Jamshedpur, there will be a huge gap in the defence that they would have to fill in for the next season.  On the other hand, for BFC, although the defence has been impeccable, Albert Serran is not getting any younger and despite Juanan’s performances, the team will be looking to sign on players to give the coach an option. Meanwhile, the new club ATK-Mohun Bagan will have a longer season, with the AFC Cup to play for as well, and they will definitely be looking to shore up their defences.

Drobarov will definitely be a big boost to whichever team he signs for, it appears that he will be picking a team very soon. It sets up an interesting chase to see who manages to get the player on board for the upcoming season.