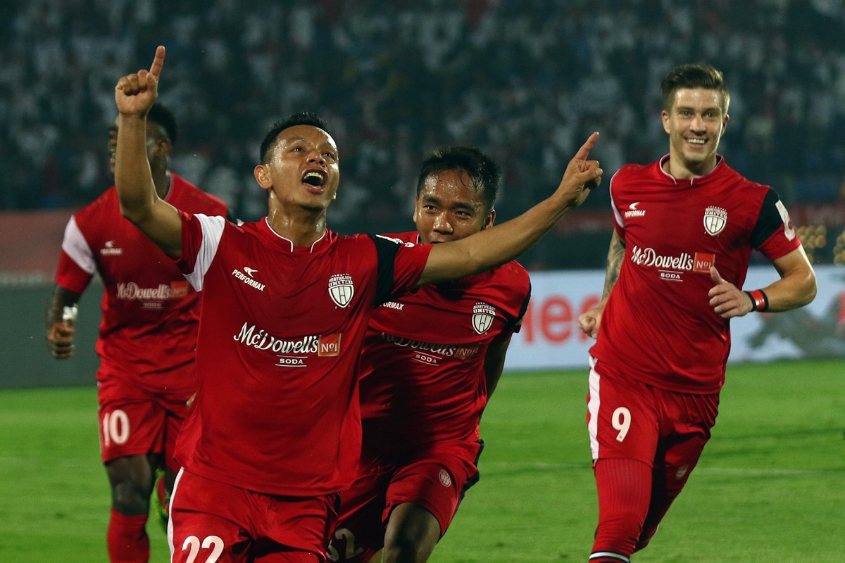 Redeem is the first signing of FC Goa and will don the orange jersey. Redeem primarily plays as a right-winger. His secondary positions are left winger and left midfielder.

Last year League toppers FC Goa completed the signing of the upcoming season by getting the 25 year-old Redeem Tlang. Goa saw a change in management very late during the last season when they let go their then Head Coach Sergio Lobera due to ideological difference related. Tlang is the first of many upcoming signings FC Goa are hoping to bring for their next Head Coach.

Tlang seemed very happy during and after unveiling ceremony. He called this a dream move and the one of the best moments of his life.

“I am overjoyed. I have always been an admirer of FC Goa and now to call myself a Gaur, it is one of the best moments of my life. I have enjoyed my time at NorthEast but I am thrilled to have the chance to challenge for the biggest honours in Indian football here. Playing in front of the passionate football fans in Goa and alongside some of the best players in the country will be an amazing experience. I can’t wait to get started,” said Redeem after completing his move. (Source: ISL website)

He started his senior career playing for the I-League club Shillong Lajong and served the team for four years. He played 52 matches for Shillong scoring four goals & assisting once. Later, in 2018 he joined North East United FC for an undisclosed fee. He has made 36 appearances for the club and has found the net four times. 3 out of his 4 goals were scored this season.

Redeem’s addition will be a boost to the squad. He would be an ideal replacement for Jackichand Singh who left to club to join Jamshedpur FC.

The dates for the 2020-21 season of the Indian Super League are still unknown due to the ongoing coronavirus pandemic.