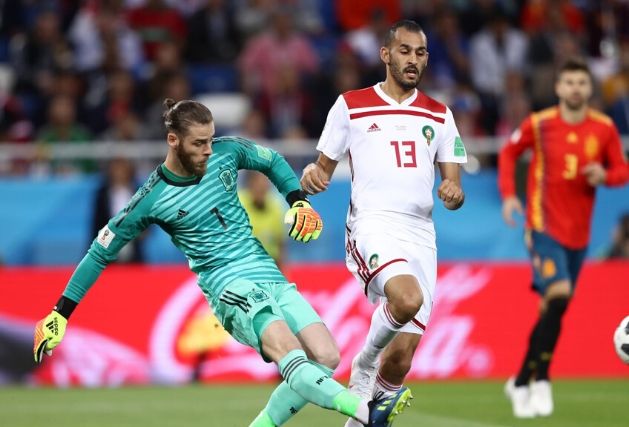 Signing marquee players in the squad has lost its sheen over the years in the Indian Super League, very few players have lived up to their hefty price tag. In the previous season, ISL had only one marquee player NorthEast United’s Asamoah Gyan. In the next season, with takeovers from big investors and rumours flying about regarding more such takeovers, marquee players could see a return.

We made a list of five players, who could potentially play in ISL as marquee players, with a market value of lesser than 7 crores, some familiar names, some relatively unknown:

The Saudi Arabian player currently plies his trade for Al-Taawoun in the Saudi Professional League. The striker made his national team debut in 2010, with 28 goals from 42 appearances. He was a part of the team in the 2018 FIFA World Cup in Russia and was also the joint top scorer in the World Cup qualifiers. Interestingly, in the preparation leading up to the World Cup, the 33-year-old was allowed to train with Manchester United.

He has a vast experience of nearly 300 appearances for various clubs, scoring over 100 goals. With his contract expiring in June this year, and a slight decline in the market value, a move Eastwards to India would be a welcome one.

The Costa Rican forward started his career at Deportivo Saprissa, where he made over 200 appearances finding the back of the net 57 times, known for his playmaking skills, him time in Saprissa saw them lift 5 domestic titles. He was also in the squad that played the 2018 FIFA World Cup in Russia. In his club career, he was loaned out twice to other clubs in his native country before making a move abroad.

Currently plying his trade not so far in Bangladesh for the Bashundara Kings, last year he was vital to seeing them lift the Bangladesh Premier League, he has also adjudged the best player of the season. Although some reports suggest he would like to return to his country, where several clubs are vying for his signature, could an ISL club tempt him to change his mind?

Amongst the Algerians he is known as Algeria’s Messi because of his skills. The 33-year-old, made his senior debut at the age of 18 for Algerian club, ES Setif. The attacking midfielder also managed to score 22 goals in the 100 appearances he made for the club. Having made played during the 2014 FIFA World Cup qualifiers as well, his claim to fame was the goal scored during the 4-2 win over South Korea in the World Cup group match.

He also starred in the draw versus Russia, that took them to the second place in the group, as they advanced to the knockouts on the 2014 World Cup. Eventually losing to Germany in the round of 16, where Djabou scored the only goal in the 1-2 defeat. Currently playing for MC Alger, reports suggest he isn’t too eager to extend his stay and wishes to move to a Gulf country.

Age has definitely not caught up to this Borussia Dortmund legend, the Polish national made over 250 appearances for the club, and won the Bundesliga title twice in his stay at the club. After a fruitful stint with 32 goals and 52 assists, he signed for another German side Vfl Wolfsburg. With the national team, he is the second-most capped player for Poland, with around 20 goals, across various World Cup qualifiers, EURO championships, including an appearance in recent World Cup.

In 2019, in an appreciable goodwill gesture, he paid out some of the outstanding dues of his former club Wisla Krakov and joined them for the current season without taking payment. His current contract ends in June with the German side, should he wish to make a move elsewhere.

The French striker born to parents of Moroccan descent, started his career playing for various clubs in France, before making his move to Racing Strasbourg when the club played in Ligue 2. He was the top scorer for the club with 20 goals from 36 appearances, having played a huge role as Strasbourg won the league, thereby getting promoted to Ligue 1. Due to his Moroccan heritage, the centre-forward has represented the Morocco national team as well and was also a part of the squad in the FIFA 2018 World Cup in Russia.

One of his glorious moments for Morocco was his goal that gave them an early lead versus mighty Spain in the World Cup, the team managed to draw against Spain in their last World Cup match, but failed to qualify the group stages. His most recent club was Egyptian side Zamalek SC where the player’s contract was prematurely terminated due to certain issues with the management. Currently, a free agent, if brought in, the Moroccan international could light up the ISL.

Download the Football India App now, to keep up with live transfers and latest news!