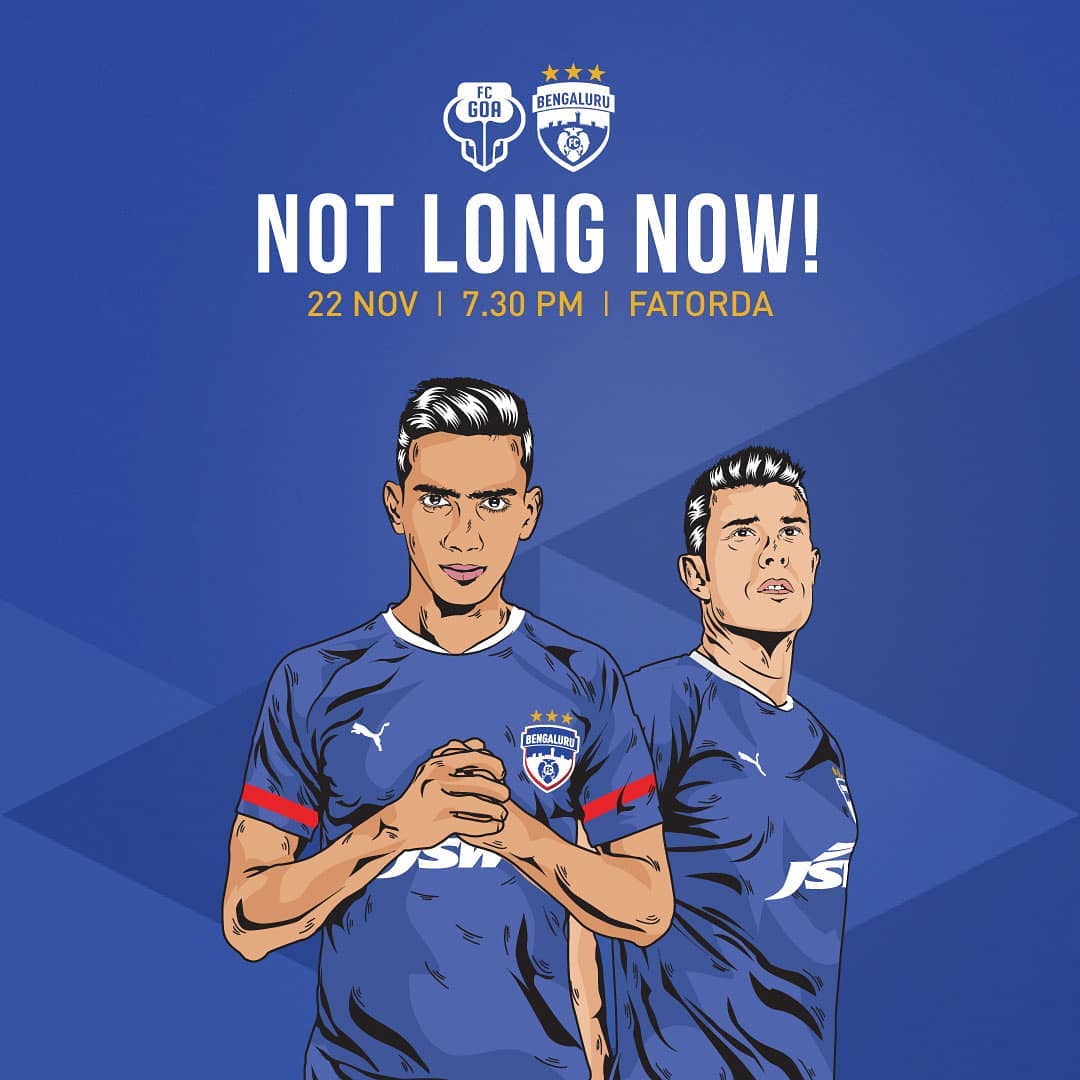 The former ISL champions Bengaluru FC get geared up to play their first match this season against a solid side of Juan Ferrando’s FC Goa on 22nd November 2020 at the Fatorda Stadium. Bengaluru FC had a lot of big-name departures this season namely – Manuel Onwu, Raphael Augusto, Albert Serran, Nishu Kumar, Kevaughn Frater, and many more. There were many incoming players and also promotion of academy players to the main squad too, notably the signings of Francisco Gonazalez, Kristian Opseth, Cleiton Silva, Pratik Chaudhari, Ajith Kumar, and others.

The combination of Juanan, Pratik, or Rahul would be a great Centre Back Partnership along with new legs on the wings as full-backs, Ajith Kumar and Joe Zoherliana. An interesting prospect and combination to watch out for. Pratik joined the Blues from the Islanders this season for free, whereas Ajith Kumar joined the Blues from Chennai City FC for an undisclosed fee. Joe Zoherliana left Aizawl FC to play for the Blues in the ISL.

Many new faces in the midfield, Muirang the left-footed midfielder joined the Blues from Gokulam Kerala FC to bolster their possessional play. The I-league winner Francisco Gonzalez joined the Blues on a free- transfer as a hope to fill the void of the quality of players that departed this season. There were a few players who were promoted from the Blues second-team setup namely – Biswa Darjee, Amay Morajkar, Namgyal Bhutia, and Emanuel Lalchhanchhuaha. The Midfield looks young and fresh and also has some experienced set of legs too.

The additions of Cleiton Silva and Kristian Opseth is more like adding the gun powder to an already powerful cannon. The winger duo of Udanta Singh and Ashique Kuriniyan has shown great attacking prowess last season and hopefully will shine better this season. Cleiton Silva plays as a striker but due to his exemplary pace and dribbling skills, he can also play as a winger. The young teen striker Thoi Singh makes his way into the squad from Reliance Youth Foundation to the Blues, hoping he takes great strides in ISL and Indian Football.

Players to watch out for :

Kristian Opseth: The Norwegian International joined the Blues from Adelaide United, also having a good scoring record in Australia and Norway, it will be a test for him.

Thoi Singh: The young prodigy Thoi Singh made it into the senior lineup from Reliance Youth Foundation is a must to watch out for. The 16-year-old is a highly talented forward.

Cleiton Silva: The Brazilian striker made great headlines in Thailand. A fast and pacey striker with a good eye for the goal.

A solid 3rd Finish is under the cards looking at the fact that there are so many quality players and good fitness regime involved.