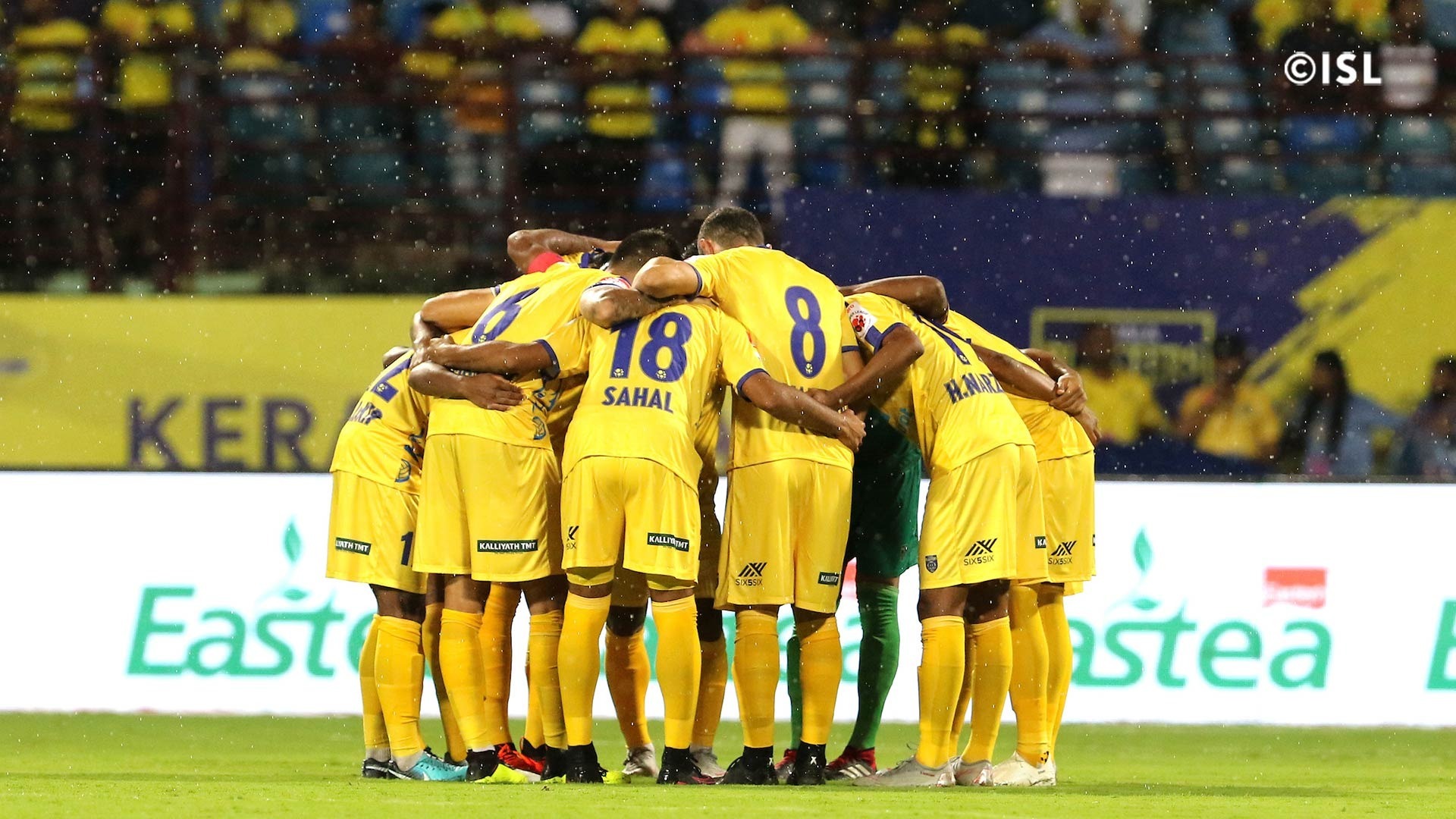 The former finalists are the two teams with the highest changes in their squad composition this year, with only a few players from the previous edition retained by the teams. Last season was definitely a season to forget for the team from Kerala. With just two wins to show at the end of the tournament, the fans that otherwise turned up in big numbers even boycotted a match to show their displeasure with the happenings in the club. The management went so far as to change their coach mid-season to Nelo Vingada from David James, yet to no avail, the team failed to make it to the playoffs.

But this season with a completely new-look team, they would want to undo past wrongs and put all of that behind them.

One of the most talked-about transfers this season was that of Bartholomew Ogbeche. Who made a move from North East united FC after a brilliant season that made him the second-highest top scorer. Along with the new two Spanish signings of Sergio Cidoncha and Mario Arques, its unlikely KBFC will have a dearth of goals. Young guns Sahal Abdul Samad, Samuel Lalmuanpuia, Jeakson Singh and Rahul KP give this squad a good mix of youth and experience along with Gianni Zuiverloon, Jairo Rodrigues and Mouhamadou Gning.

The biggest change although has been at the top with Eelco Schattorie at the helm of affairs. The Dutchman had a very good season with NorthEast United taking them to the playoffs, so he definitely is the man capable of taking KBFC forward in their quest for silverware.

A vital cog in the Blaster’s wheel, Sandesh Jhingan, will not be available for almost the entire duration of the league owing to an injury. This will hurt the team’s chances big time. Not only was Jhingan a solid wall at the back, but he was also an inspiring leader. His absence could impact the team’s chances, but the coach has no shortage of alternatives. Raju Gaikwad has also been called in as a replacement for Jhingan.

If the Blasters have Ogbeche, ATK has Roy Krishna. He was the A-League’s golden boot winner in the previous season and along with his Wellington Phoenix teammate David Williams, the team may finally see the back of the goal-scoring woes of the past two seasons. The new Indian signing of Joby Justin from East Bengal will also strengthen the squad once he returns after serving his six-match suspension.

Along with this ATK have made some sensational signings this season, full of proven players and stars. Irishman Carl McHugh, Javier Hernandez, Michael Soosairaj and Dheeraj Singh add to the star power in the line-up, combined with the last season’s players, John Johnson and Pritam Kotal and several others.

ATK has also revamped the think-tank with Spanish coach Antonio Lopez Habas returning to the team. His previous experience with the team will be vital to turn the fortunes of the team around.

One issue that is likely to affect both the teams is that despite a few weeks of pre-season, the teams will still need a few matches to work together as a unit. Individual brilliance doesn’t often result in the team’s success and this has been an issue that has haunted both the teams in previous seasons. Their first match will be a testament to just how quickly the squad gels well as a team, and just how quickly the two new head coaches can pull the strings together and not succumb to pressure.

ATK coach Habas stressed on the importance of finding a balance, “The process is to organise the defence first and then go into transition and attack. We have trained for 45 days. The magic word in football is balance. You have to balance things well,”. He said in the pre-match press conference.

Schattorie had this to say regarding their match, “It’s the opening match so it’s a very important one. In football, the opening games are always difficult. We have a few players who have never played in front of huge crowds. It’s all about stabilising the team. I think we’re ready to face ATK and get the momentum going. Hopefully, it will be a good start to the season.”

With Ogbeche and Krishna, two prolific strikers take charge of the forward line for their respective teams, the season opener promises to be a good game with two of the strongest teams on paper. The road to redemption beckons for both the teams as they look to put the first three points on the table.