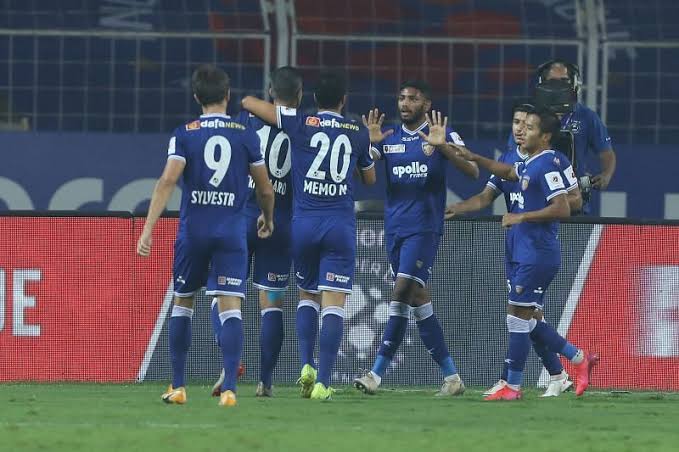 Chennaiyin FC set to take on mighty ATK Mohun Bagan side in the 42nd game of Hero Indian Super League at the GMC Stadium in Bambolim.

Chennaiyin FC come in to this game after a frustrating 2-2 draw against SC East Bengal. While, Mariners managed a win over Bengaluru FC with scoreline 1-0.

Chennaiyin FC drew with SC East Bengal on boxing day to secure a point. However, Marina Machans and Csaba Laszlo were left disappointed as they were aiming for all three points to sit at the top four.

It’s still on cards for the Chennaiyin, with three points against ATK Mohun Bagan can lift them four places up the table. Meanwhile, the Mariners are in top form and will be only hoping for a win.

Csaba Laszlo have been missing the services of winger Isma in the recent games. His return to the side will be a good news for the fans. The former Portuguese youth international is expected to be on bench for the hosts.

While, Reagan Singh also returns to the selection after missing out on last game due to suspension.

The club from Kolkata has no Injury concerns at the moment with his side except for Soosairaj, who’s yet to recover from the injury. Antonio Habas’ side was happy to have the services of David Williams back from injury in the last game.

Chennaiyin FC and ATK Mohun Bagan will be facing against eachother for the first time in Hero Indian Super League on Tuesday. Both clubs haven’t met before in any competitions.

Chennaiyin’s young forward Rahim Ali has been brilliant for the Supermachans this season. The youngster has scored two goals already for the Blues and will hoping to score more with his confidence high.

Csaba is impressed with the young lad, who is a product of Mohun Bagan AC. Chennaiyin also have other young talents on their side likes of Abhijit Sarkar, Aman Chetri and Ream. The boys are expected to be on the bench for this encounter.

The Fijian international will be a threaten to Chennaiyin FC’s defense on Tuesday. The striker is lethal and capable of losing defenders and going forward in to the box. On the other hand, Vishal Kaith has made some outstanding saves this season.

It’ll be an exciting contest between Vishal Kaith and Roy Krishna, who need to pass towering defensive duo of Eli Sabia and Enes Sipovic.

This encounter will be the last game for both sides in the calendar of 2020. Both sides will be wanting to enter the new year with all three points.

Chennaiyin FC might need to be on their toes till the final whistle to walk away with something from this game. The final scoreline might read 2-1 in favor of hosts at the GMC Stadium.