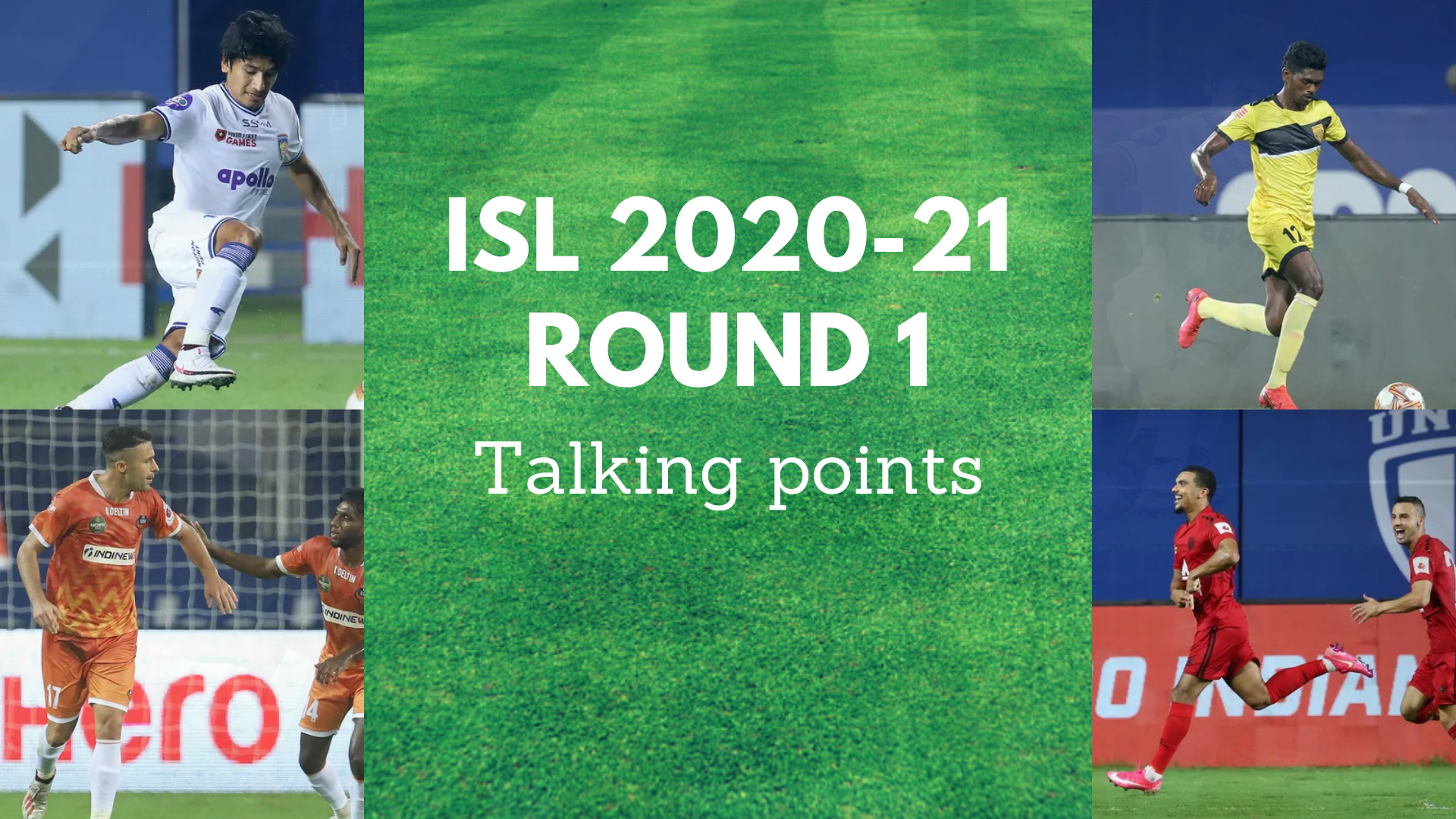 The first week of fixtures has been quite exciting. The first match, where teams with two huge fanbases met saw a viewership of close to 2 lakhs. A ‘upset’ came in the form of NorthEast United FC beating Mumbai City FC, Hyderabad FC as well as Chennaiyin FC grabbed wins as Bengaluru FC and FC Goa saw through a draw.

We take a look at some talking points from the first five games:

The last competitive game that some of the players played was in the Month of March, the long lockdown in their respective countries along with the short pre-season where they played a few friendlies seemed to show its effect on some of the players. The players seemed rusty and not a 100% match fit. But this is definitely going to be short-lived. With teams playing back to back games, the players should regain their mojo in the coming matches.

NorthEast United FC cause an ‘upset’:

Gerard Nus proved that he is here to mean business when his team won against a star-studded Mumbai City FC. The Highlanders maintained a rock-solid defence that Mumbai found tough breeching. Kwesi Appiah’s goal gave the team all three points and a performance that drew praise from all quarters. The youngest ever coaches in ISL, Nus’s NorthEast United put in the hard yards and made things very difficult for Mumbai. That there were zero shots on target by the team that boosts the likes of Adam Le Fondre, Hugo Boumous and Ogbeche shows just how good NEUFC were.

Liston Colaco who moved to Hyderabad FC in search of playing time delivered from the get-go. Playing a little under half an hour, his speed and skills were on full display. He nearly created a couple of chances for his team. It would be very surprised if he isn’t a regular feature for Hyderabad going ahead. In fact, he is already being billed as one of the future Indian team prospects.

Another Goan, Brandon Fernandes did not start for FC Goa; he was later subbed in at the 57th-minute mark against Bengaluru FC. He picked up where he left off last season and continued his rich vein of form as he was instrumental in both the goals that brought the Gaurs back into the game.

The Indian team mainstay, he rarely put a foot wrong in the game against Jamshedpur FC. Off to a brilliant start scoring a goal before a minute mark, he also registered Chennaiyin’s fastest ever goal in ISL. The 22-year old has been one of those youngsters who has been quite consistent with his performances for the Chennai based team making him one of the fan favourites. His performance showed exactly why he was given the extra responsibility this season with being named as the vice-captain. Chennaiyin were one of those teams that played like a powerhouse right from the start and Thapa was their engine.