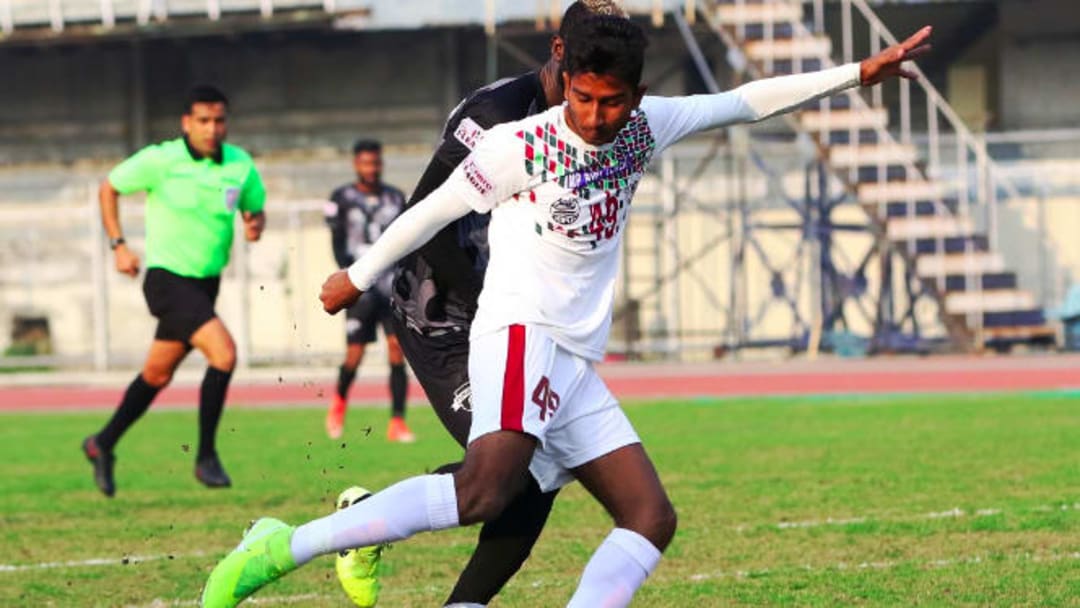 ATK Mohun Bagan is at the top with 16 points from seven games. Antonio Habas’ side has done a good job so far this term in the Hero Indian Super League.

Fijian international Roy Krishna’s display is keeping the Mariners on top this season. The lethal striker has five goals in seven appearances in this season.

However, this ATK Mohun Bagan side is missing a perfect winger on the left flank. Indian international Soosairaj, who got injured recently is ruled out for a longer period, which is not a good sign.

The management have done a very good job in identifying a perfect replacement for the injured Soosairaj. According to Marcus Mergulhao, ATK Mohun Bagan have roped-in Kerala Blasters winger Nongdamba Naorem on loan.

As per reports, the club have paid a considerable amount of loan fee to lure the winger from Kerala Blasters. Nongdamba Naorem had a brilliant season with Kibu Vicuna at Mohun Bagan AC in I-league.

The lad managed two goals and five assists for Mohun Bagan last season in I-League. Noarem is known for his quick dribbles and had 109 dribbles to his name last term.

Nongdamba Naorem will join ATK Mohun Bagan on loan and is later expected to pen a permanent deal with the Mariners by end of the season. Meanwhile, Kerala Blasters have roped-in a player from ATK Mohun Bagan reserves on a three-year deal.

Shuba Ghosh, 20, will don the yellow jersey for Kerala Blasters untill 2023. The young centre-forward will join hands with his former head coach Kibu Vicuna at Kerala Blasters. Subha Ghosh was a super-sub at Mohun Bagan last season, who scored three goals after coming on from bench.

Both clubs have made a good choice by investing on the youngsters, who are showing good glimpses already of becoming stars in future.