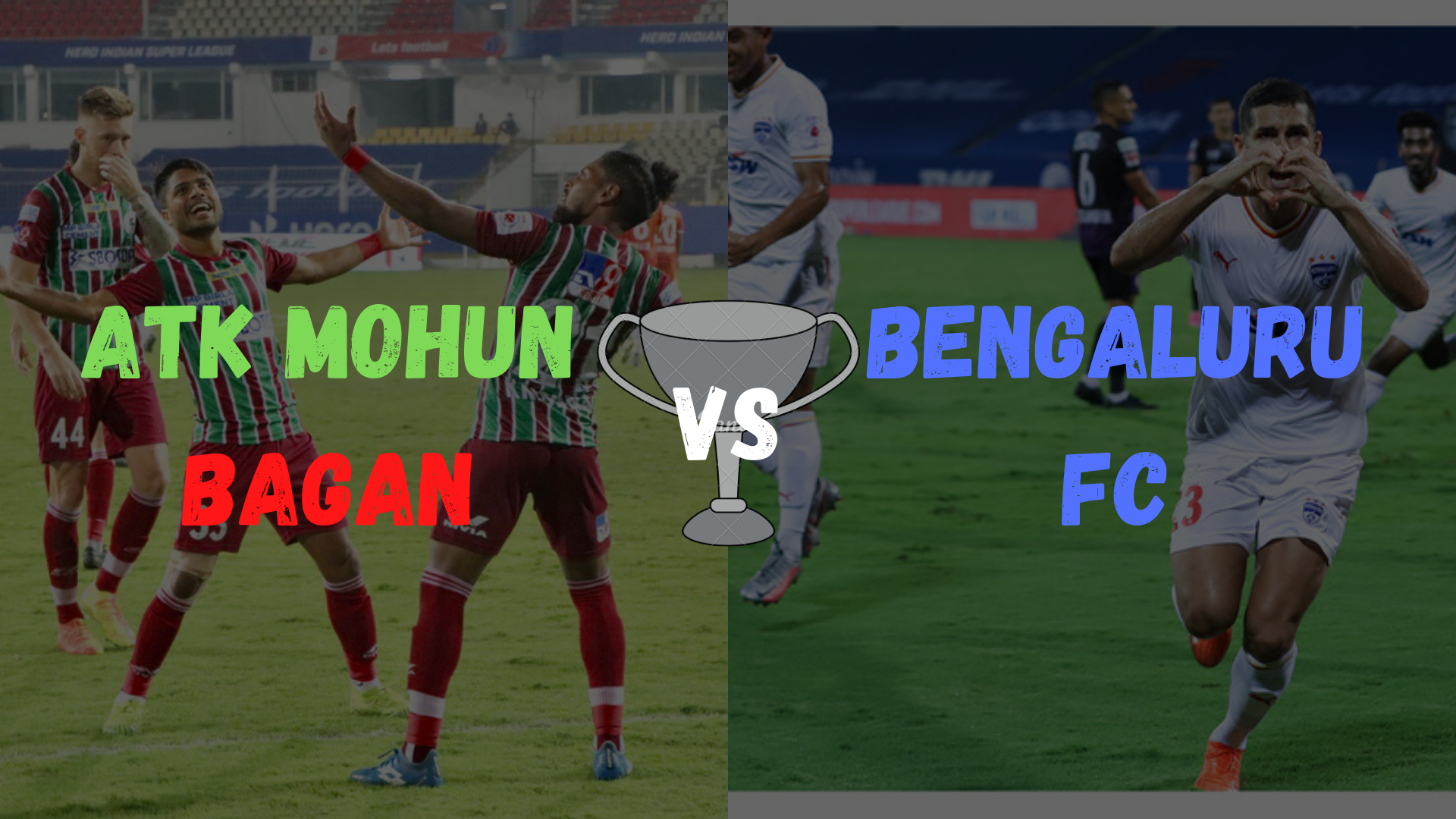 The opening match of round 8, will see title contenders ATK Mohun Bagan face the bold Blues. A win for any of them will allow them to capture the top spot on the table. That will happen if Mumbai City FC either loose or draw against the only second team unbeaten in the league after Bengaluru, Hyderabad FC. The Mariners have lost and drew each, while Bengaluru FC are still unbeaten in the league. Let’s look at each team’s predicted Lineup and Preview ISL S7.

ATK Mohun Bagan got back to winning ways after a narrow margined victory over The Gaurs. Now they have a test against the Blues, who are still unbeaten in the league. Counter-attacking football has been Habas’s specialty in the league this season. They have attacked and defended well as a unit. The tactical play of Habas was proved against FC Goa even though they won by a goal from the spot-kick.

Bengaluru FC are a similar team tactically in their style of play as that of FC Goa. ATK Mohun Bagan’s coach Antonio Habas will look to exploit their chances by having a high pressing mentality, and rely on the team’s counter-attacking abilities. He started with a 5-4-1 last game against Goa, and could start with the same lineup or something of 4-4-2 or 4-1-4-1. McHugh has the highest work rate in the team, covering almost every inch of the pitch. He has headers, interceptions, tackles, long balls, through balls, and all you could name to his stats. Pronay Halder and Jayesh Rane were excellent last game, and could start against Bengaluru. Krishna has been a lone-wolf upfront but he has been an asset as he has dropped down to help his team, and also served as a playmaker.

Carles Cuadrat’s army has been inmpressive this season. They have scored the most goals in the league in season seven of ISL, and are also unbeaten. They will look to continue with this form as they face three times champions ATK Mohun Bagan.

Cuadrat has very often used the 4-3-3 formation be it against any team. This is brought out the best in the players. They have the prefect midfield trio of young Indian Suresh, Dimas and Partaalu. All three have different playing trait, and Bengaluru has been able to capitalize on them very effectively. Up-front, Chhetri, Cleiton Silva and Opseth along with Deshorn, have provided their services as well. The Blues will be without their Indian National left-back, Ashique Kuruniyan after he suffered an injury in the last match against Odisha FC. Carles Cuadrat will be in a dilemna to replace his presence and quality in the starting line-up.

McHugh – he has been very impressive this season and has been seen all over the pitch from attacking to defending options.

Suresh – this young man has been an excellent player this season, he has been a very important asset to the team and has been able to breakdown plays of the opposition.

Dimas – he has created the most number of chances for Bengaluru FC since last season. From corners, to free kicks. He has provided all of them.

Chhetri – Indian National team’s captain, he is the Indian top-scorer in the league.