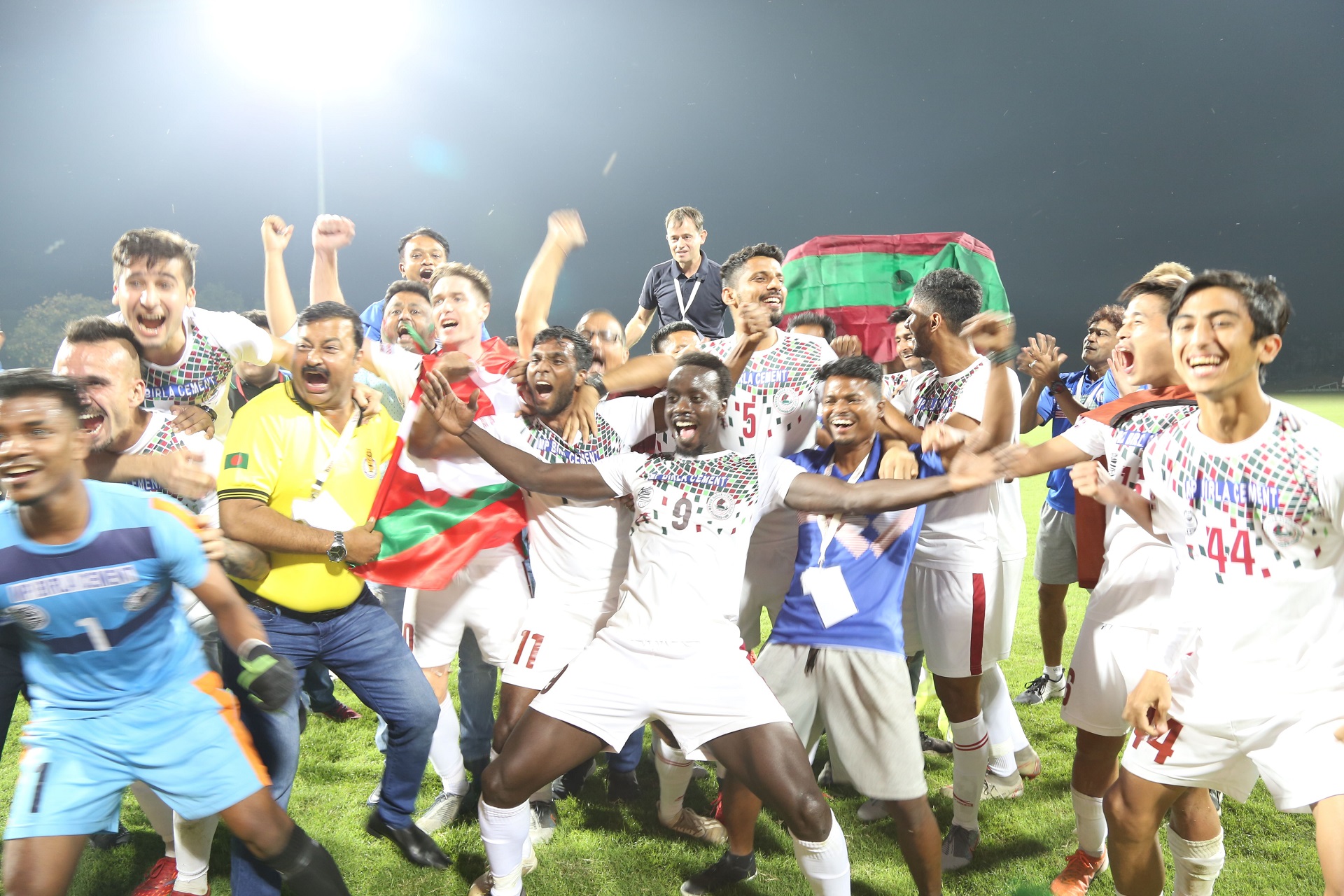 It was coming, sooner or later. With the kind of run Mohun Bagan have had all season, it was only a matter of when they will clinch the title, rather than if they would. Coincidentally, it was archrivals East Bengal’s win over Real Kashmir on Monday, that hastened the process. The Mariners’ were only required to pick up a win against Aizawl FC, to seal the top spot and hence the league.

Aizawl’s Rochharzela had the first crack at the goal early into the game, only to be stopped by the goalkeeper Sankar Roy. The side did well to not give too much room for Papa Diawara, and finally, just around the half an hour mark, Suhair tried his shot for a goal without any dividends. The team from Mizoram kept their foot into the game and maintained the pressure for the first half, and some more in the second, but they couldn’t hold on to the chances they created. For Bagan, a couple of attempts were made by Tursunov, that didn’t find the back of the net.

With under half an hour left, much like they have done all season, Kibu Vicuna’s men began to push the pedal. There were several attempts involving youngster Nongdamba Naorem, Diawara and Ashutosh Mehta, but none made it to the target.

Then finally, with ten minutes left of normal time, a cross from Beitia found Diawara, who made a scorching goal to find the net. This was his 10th goal in nine consecutive games. The party began in Kalyani for the 17 thousand Mohun Bagan faithful and the players saw through the remaining few minutes to ensure that it continued. They are now unassailable at the top with 39 points from 16 matches.

Some records were broken and a few more on the horizon:

Mohun Bagan won the league breaking several records in the process, they bagged the title with four matches to spare, equalling Dempo SC’s record of winning the title with maximum games left to play.

They are currently on a 14-match unbeaten streak, in which 12 of them have been outright wins. This unbeaten run has been the longest in their NFL and I-league history. They also got their fifth-ever national title and their second I-league trophy, and by virtue, they also qualify for the AFC Cup group stages spot for 2021.

Their tally of 39 points from 16 games is the best points to game ratio in the history of I-league.

If they continue this for four more games, they will overcome the longest winning streak set by East Bengal by remaining unbeaten for 17 matches in 2002-03.

Coach Kibu termed this triumph as his biggest ever achievement, “As a coach, this is my biggest achievement. I have won titles as an assistant coach, but as a head coach, it is a first. So this is a special moment for me.”

With the club turning a new cornerstone by entering the ISL next season as a combined entity with ATK, this was the sweetest note they could have ended their I-league career on. For the entire season, they seemed a head and shoulder above everybody else, and the 16-point gap to the second-placed East Bengal is quite telling. This team is now been considered as one among the best to have donned the Green and Maroons by fans and pundits alike. We will leave their run-up to the title for another day.

Wishes poured in from all around the Indian football fraternity for the club, and the celebrations spilt over from the stadium and stands onto the streets of Kolkata.

Leaving you with some pictures of the revelry: