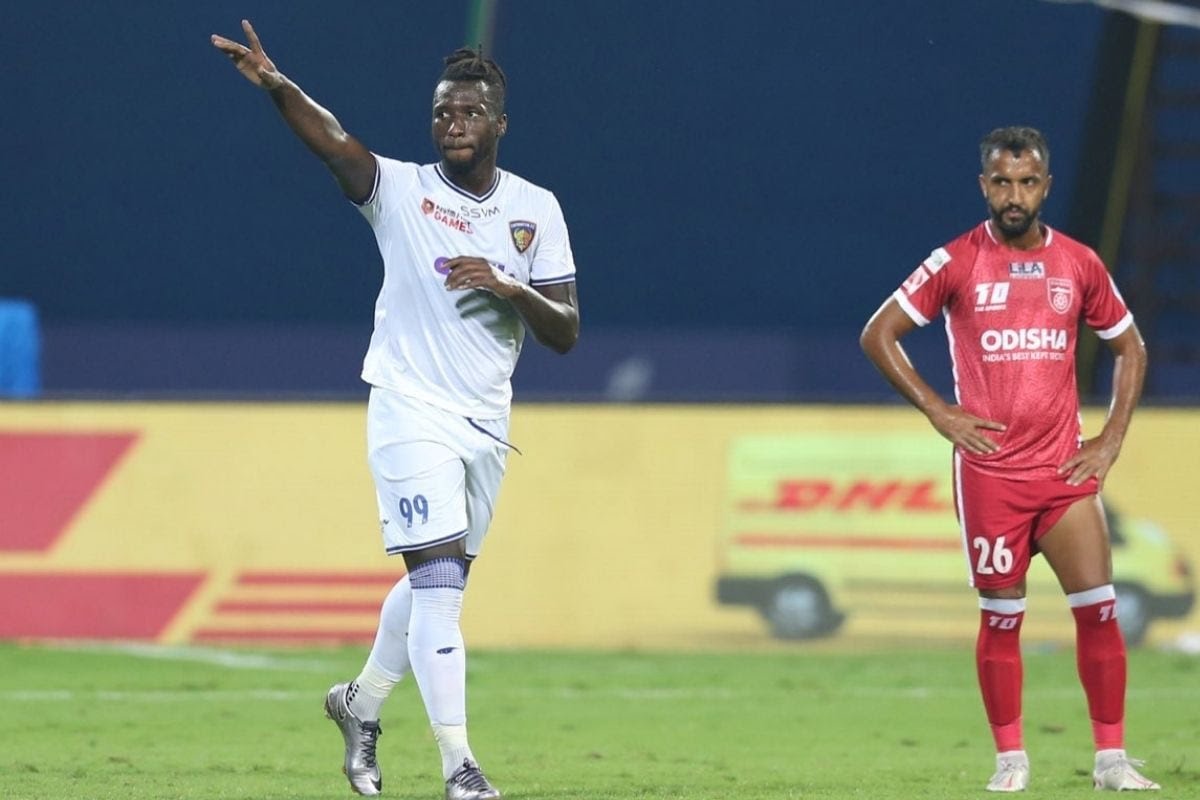 Chenniyin FC inch closer to the top four after clinching three points against Odisha on Wednesday. Two-time Champions registered their third win in eleven outings this term. Meanwhile, Odisha FC remain at the bottom, after two impressive performances in the last two games.

Csaba Laszlo’s side are now fifth in the table with fourteen points. Let’s take a look at the five talking points from this contest along with player ratings.

Chennaiyin FC head coach played a gamble by replacing Jakub Sylvester in the starting eleven with Portuguese forward Esmael Gonsalves. Although, the gamble paid off for Csaba, as Isma scored the winning goals for the Marina Machans. Jakub hasn’t been impressive for the club from Chennai, who is rusty with his goal-scoring boots.

However, he has contributed two assists and a goal from on his behalf. While, Isma returned to start after being ruled out with Hamstring injury, who scored in the very first game for Chennaiyin from the spot against Jamshedpur FC.

The Portuguese winger grabbed two goals in quick succession to gave Chennaiyin a huge lead over Odisha FC early in the first-half. Csaba’s idea to start with Isma worked out pretty well for the visitors, who slotted the two important goals.

Chhangte’s long ball to Esmael Gonsalves was intercepted by Gaurav Bora, but the Portuguese managed to capitalise the rebound and made a lethal run forward. Isma slotted the ball past Arshdeep Singh to give his side the lead. While, second goal came from the penalty spot and both were within six minutes time gap.

The Indian defender had his worst day on the pitch for his club Odisha FC. The Kalinga Warriors had two good fixtures, however Stuart Baxter and his men couldn’t carry forward the momentum. Gaurav Bora made horrendous early in the first-half of Lz. Chhangte’s long ball.

Isma made use of Bora’s mistake and carried forward a lethal run to send the ball past Arshdeep Singh. Within six minutes gap, Thapa was brought down by same Bora, to give away Penalty, which was calmly slotted in by Esmael Gonsalves.

Brazilian forward Marcelinho isn’t having a good run in the Hero Indian Super League. The veteran striker is playing his fourth ISL season in India and with four different clubs. Marcelinho has 31 goals to his name and 17 assists in 70 appearances in ISL.

However, Brazilian is struggling this term with Odisha FC. The rumours also suggests that, terms with Stuart Baxter and Marcelinho aren’t good this season. It might also be one of the reason for Brazilian’s off-colors in ISL. Marcelinho did start the game over in-form Mauricio against Chennaiyin.

Odisha’s forward Diego Mauricio is the only player, who is at good form in front of goal for the Juggernauts. The Brazilian forward came in the second-half to replace out of flavour Marcelinho against Chennaiyin FC.

Mauricio did make impact for Odisha in the second-half alongside Manuel Onwu. Cole Alexander directed a rebound to Mauricio, who took the ball forward and found the right corner of goal past Vishal Kaith. Diego took the shot from range with defenders blocking the way of shot-stopper Vishal Kaith.