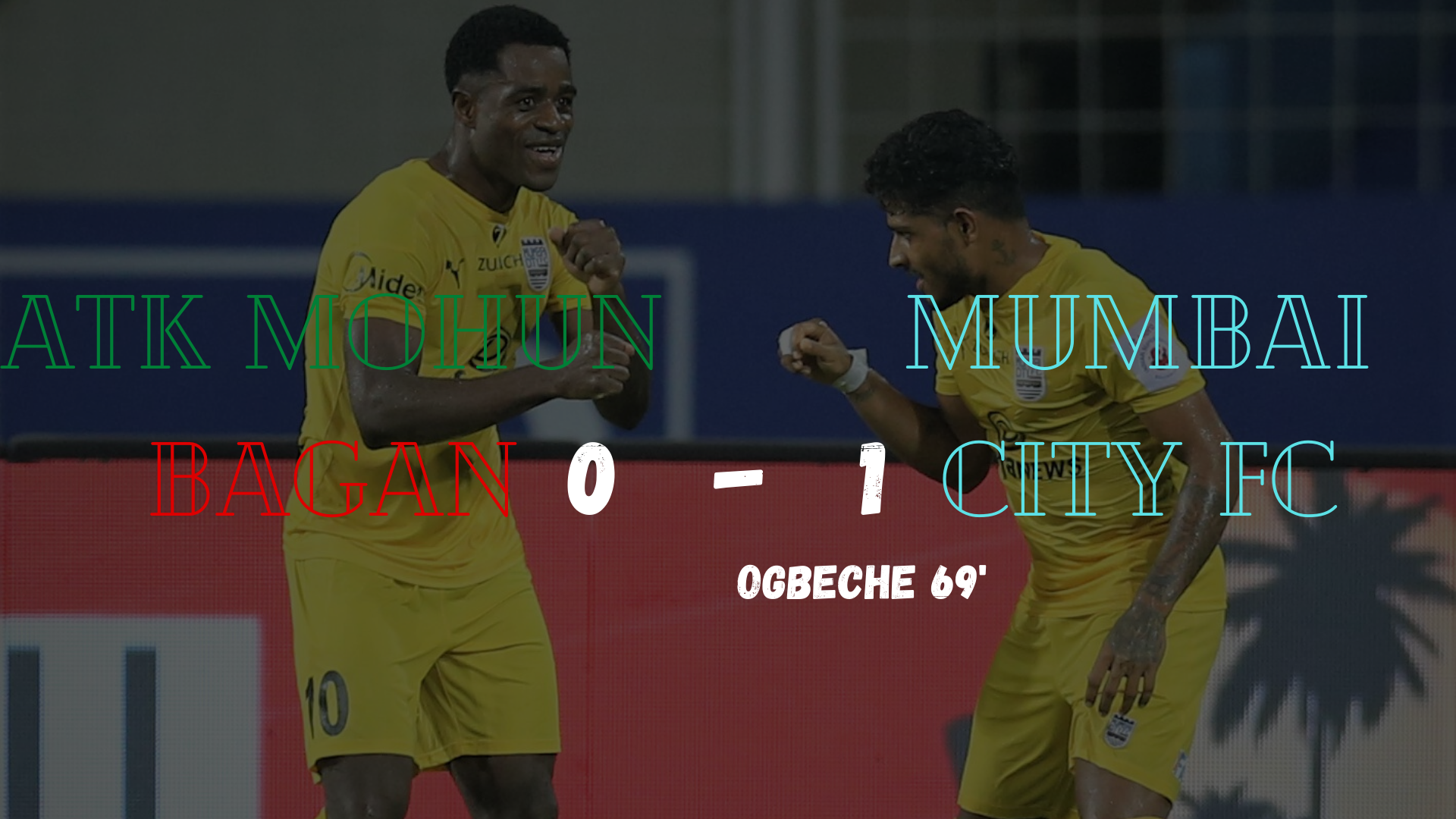 Mumbai City FC got a win over ATK Mohun Bagan, as a solo goal from Ogbeche decided the winner at Fatorda. Mumbai go the top of the table in Hero ISL Season 7.

LINEUP, RATINGS and STYLE OF PLAY

ATK Mohun Bagan had an unexpected start. They did not create almost any chances in the first half. They had none shots to their name. Mumbai got the better of them in the initial 45 minutes of the game. Though they started the game with five at the back, the switched to four. Manvir who should be playing on the right flank, dropped deep on the right back. This was one of the reasons they could have lacked in the attack. Glan Martins pushed a bit into the midfield. The services of McHugh was surely missed as his presence could have meant a lot to the team.

Habas brought in Prabir Das for Manvir and Pronay for Glan Martins in the second half. The game changed a lot in their favour as Prabir ran for every ball delivered to him on the right flank. Pronay was very casual with his passes which cost have cost the game for his team quite early. Arindam managed to keep Mumbai’s attack at bay until the 69′ when Ogbeche finally scored his fourth goal of the season. Tiri and Jhingan were amazing at the back. Javi and Edu did a lot for the team but were unable to find the deadlock in their favour. Williams and Krishna were also not upto the mark for the team, as Mumbai’s defense managed to keep them from scoring.

Mumbai started the big game very strongly against the Kolkata giants. They had a lot of possession in the first half but were unable to find the back of the net in the initial forty five minutes. Even though they missed the presence of Jahouh, Raynier and Borges took care at the defensive midfield with good partnership. They had two shots on target in the first half, scoring none among them. Hugo was playing more high on the field than his usual gameplay. Mumbai’s attack was more inclined towards their left flank which had Bipin there. Though he managed to get past the balls many times from ATK Mohun Bagan’s defense, none could find the feet of Hugo or Ogbeche inside their opponent’s penalty box.

Amrinder kept a clean sheet to his name. Fall and Amey were amazing from tonight’s game. Mandar could have been better both attackingly and defensively. Hernan showed some real skills early in the game being a natural midfielder. Borges and Rayneir formed a good partnership as the defensive pivot in the center of the field, with Jahouh missing the game due to suspension of the red card. Boumous had his night with the back heel assist he provided to Ogbeche in the 69′. Cy and Bipin were good as usual on the wings. Ogbeche found the back of the net before getting replaced by Le Fondre.

GOAL: ATK Mohun Bagan 0-1 Mumbai City FC: Edu Garcia fell to the ground in the 68′ during a counter attack he was leading for his team. Ball was delivered up front to Hugo Boumous, who was waiting just around the half line. He managed to get it till the penalty box to pass it to Ogbeche finally, who was making a run behind him on the left flank of Mumbai. Ogbeche then fired a right footed shot, to get the fourth goal of his campaign.

Edu Garcia missed a crucial clear chance of scoring for ATK Mohun Bagan, during a counter attack. He got past the big Mourtada Fall with a delicate touch, only to hit the side post as the ball even got past Amrinder.

Mumbai City FC now sit comfortable at the top of the table, with five points ahead of ATK Mohun Bagan, who are second in the table.

Each team has played ten games, as ISL Season 7 crosses half mark after this game.