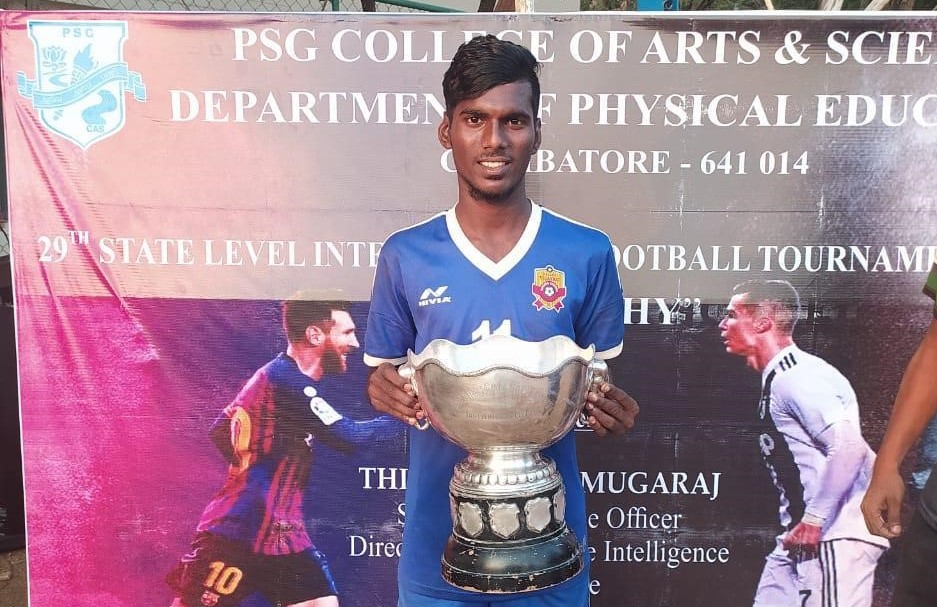 Bengaluru FC have signed a serial goalscorer who goes by the name of Sivasakthi. The 18 year old has scored 56 Goals in just 32 matches in the AIFF U-18 Hero Elite League playing for the Iconic former Indian Goalscorer Raman Vijayan’s RVSS team. He is one of a few handful young players throughout India that have the potential to become something special. We had a chance to catch up with him after his move to Bengaluru FC and discussed his future ambitions.

Sivasakthi seems delighted with his move to Bengaluru FC and can’t wait to meet his new teammates.

“It feels great to sign for a top club like BFC and It’s a big step in my career and I am eagerly looking forward for my first training. The first and foremost thing I would try to do is to get to know my new teammates as early as possible to have a positive start.”, he said.

Sivasakthi started playing football when he was in 6th standard and was scouted by Raman Vijayan’s Academy when he went to participate in sevens football tournament in his native town.

“During my sixth standard, there was sevens football in my native Karaikudi where Raman Vijayan sir’s academy participated in it and at the end of the tournament, they announced that there will be a selection trials for the academy for selective age categories and I attended it and got selected.” he said.

Indian Football is in dire need of strikers at the senior level and he shows a big promise with his goalscoring record. Sivasakthi who idolizes both Raman Vijayan and current Indian record goalscorer Sunil Chhetri says he will try his best to fill their shoes in future.

“I will try to be for sure because playing for India is my ultimate dream and I hope I achieve it.” Sivasakthi told us.

Big clubs like BFC demand big performances and Sivasakthi knows it very well. He must maintain his performance and shift his gears wisely in order to break into the starting XI. Currently, he only has one aim and that is placing the ball into the net.

“Signing for a big club like BFC will always have a pressure and I will try to live up to it by scoring goals like how I used to do in youth leagues.”, he replied.

When asked which club hie follows internationally, he said “At the Moment, it’s Juventus because I am a Ronaldo fan so whichever club he goes I will root for them.” We hope he follows the same path and rises in Indian football the same way his favourite player Ronaldo did at his age for his respective teams.