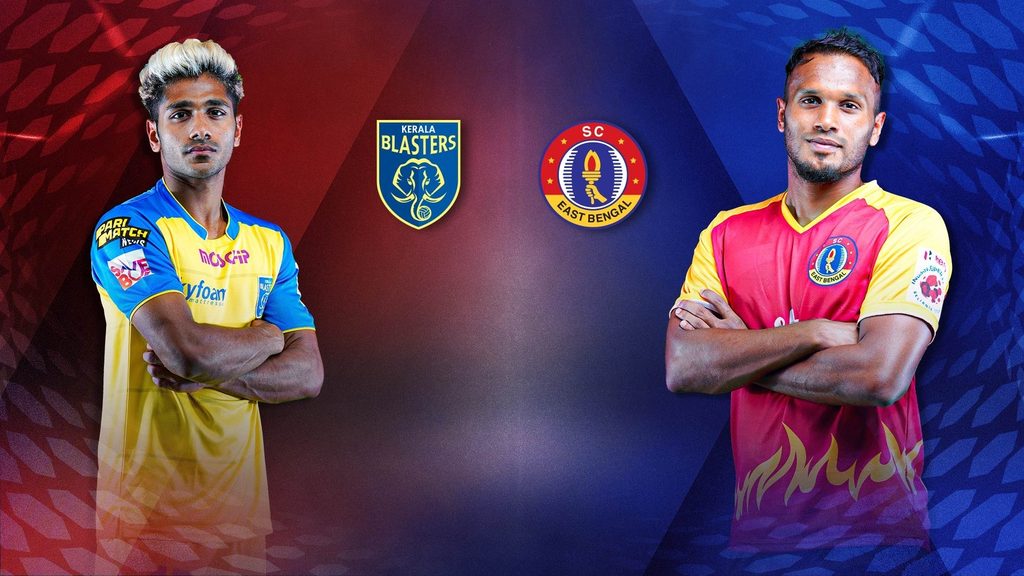 Both SC East Bengal and Kerala Blasters FC will look to capitalise to their previous wins and carry forward the momentum. Especially, East Bengal will be eyeing for a win after a motivating win over Bengaluru FC.

Kerala Blasters are also finding their route to winning ways and climb up the table under Kibu Vicuna. Addition of Bright Enobakhare has really bolstered the attack of Robbie Fowler’s side and will be a threat for Kibu Vicuna.

East Bengal’s defense is quite organized at the moment with Debjit Majumder in bright form for the Bengal side. Debjit has been the big wall for East Bengal’s goal making number of saves. It’ll be an interesting contest between both sides.

Robbie Fowler doesn’t have any major injury concerns at the moment in his squad. Anthony Pilkington is back at training after missing two games for the Red and Gold brigade.

Fowler is happy with his eleven and won’t like to make too many changes to the winning combination. Pilkington is expected to start the game from bench.

Kibu Vicuna will be happy to have the services of Spanish player Jhande, who comes in as replacement for injured Cidoncha. However, the Spanish player won’t feature in the starting eleven with Vincente Gomez in good form.

While, full-back Lalruatthara will miss this encounter due to the Red card he picked up last game against Jamshedpur FC.

Two sides haven’t met each other before other than the reverse fixture this season. The game ended in a 1-1 draw, after a determined fight back from the Manjappada.

World cupper Jeakson Singh scored in the final minutes to equalise the score. While, Bakary Kone gave East Bengal the lead early in the game by his own goal.

Both sides are in good form at the moment coming from victories. It’ll be tight contest between the both sides as three points will be vital to move forward in the fight for top four finish. The final scoreline might read 1-1 by full-time at the Tilak Maidan Stadium.