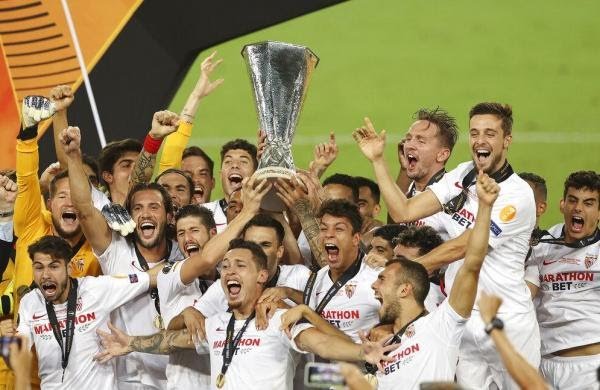 Six-time Europa League Champions Sevilla is keen to join hands with an Indian football club for a Memorandum of Understanding. The Spanish club has been a big name in La Liga for years and their investment in Indian football is one giant step forward.

However, this is not something that’s happening for the first time in Indian Football. Swiss top flight club, FC Basel became the first big club to sign an MoU with I-League club Chennai City FC. This will benefit both parties with the investor buying stakes on the invested club. It’ll also include player and coaches exchange.

FC Basel did loan out their 19-year-old young striker Jan Muzangu to Chennai City FC after selling their top striker Pedro Manzi to Japanese tier 2 outfit. City Football Group has also made an investment in Mumbai City FC, which has already made in impact in this transfer window. Hyderabad FC also managed to seal an tie-up with an top flight club as well.

German giants Borussia Dortmund have agreed for a two-year deal with Hyderabadi club. This clearly means that, the Sultans has eyed progress for long-term relationship with mutual benefits. The deal will focus on nurturing young talents at Hyderabad FC. While, Sevilla tried for an tie-up with an Indian Super League club, but the deal didn’t go through.

Sevilla to partner with I-League club?

Sevilla CEO Jose Maria Cruz said that,”We were in talks but unfortunately, that deal did not work out and the ISL club signed up with a prominent European club. It might be because of financial elements, we are not sure. Despite other ISL offers, we decided to look elsewhere.”

“We could have gone for the more lucrative route but the new owners we met also shared the same philosophy as Sevilla and they wanted to build something more substantial including grassroots development.”

“The club we are partnering with had the option of joining the top tier but declined and have a separate approach towards doing things. That has attracted us and we are actively looking at the Indian market and we want to be here for the foreseeable future.”

“The previous deal had the option of sending the first team as part of pre-season preparations but we want to start on a smaller scale this time. But that does not mean we cannot broaden the horizon in the future,” he signed off. The club could shift their focus to invest in I-League club as well after failing to strike a deal with an ISL outfit.